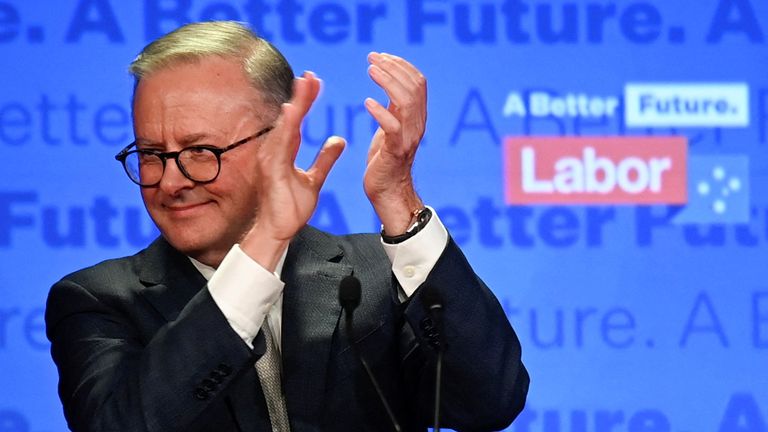 Anthony Albanese, the new prime minister of Australia, who won the election on Saturday is taking a different direction towards the changing climate and the environment. In Australia, it is clear that climate change is an important topic, as in the past few years they have experienced plenty of natural disasters, such as floods and forest fires that they have to recover from. Australia is known to be a conservative state, therefore labour has not been the winner for over two decades, as a source stated. The smaller parties such as the Greens have managed to gain more spotlight and for the first time are being heard due to their campaigns and actions towards climate change.

Voting in Australia is still taking place, and Albanese is a few seats’ short of the 76 he needs. His party needs to have a majority of the vote in the 151-member lower house of parliament. So far, 3 million votes have been counted, the results stay unknown. According to BBC News, if the election ends up in a “hung parliament”. The Green and Independent party will have a bigger influence on the new climate change policy. Albanese has stated, “We have an opportunity now to end the climate wards in Australia”. He is intending to support local businesses to improve their economy and help in joining an important cause in Australia, which is climate change.

He has said that he wants to highlight more climate change targets and goals to show its citizens, how it could improve over time if we put the effort together. He has not yet promised to stop the use of coal or the close of the new coal mines, which may be his next statement. He will also by flying out to Tokyo on Monday for a summit with the following leaders: Japan, India and the US, where he will be considered as a representation of a prime minister. He has given a statement, conveying how important this meeting is, concerning highlighting climate change as a big issue and spreading that message to his following leaders, when he attends the summit.

The changes in the citizens, interest to vote for Labour this time has shown how their priorities for their country changed. They have realised that climate change is something that should be talked about and resolved soon before it goes any further and damages more of their land. Many civilians have reached the same conclusion, which is to vote for Labour to ensure the protection of their forests, land, and environment. Labour gives their people hope that climate change will be long gone if they decide to work together as a country.