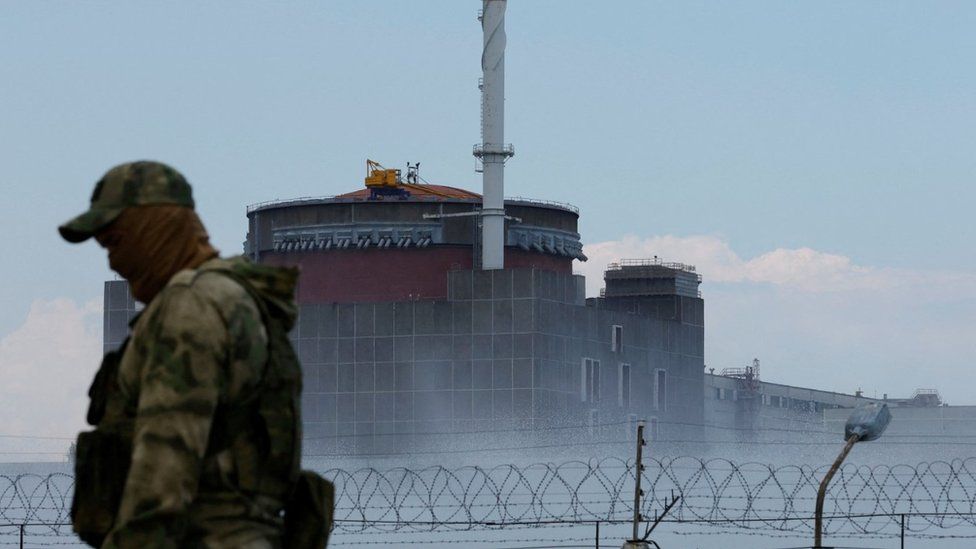 According to a recent press report from the UN, the Director General of the International Atomic Energy Agency (IAEA) stated during a Security Council meeting that the largest nuclear power station in Europe, Zaporizhzhia, was shelled on August 5th, which led to many explosions close to the electrical switchboard and a major power outage.

IAEA research shows that Ukraine generates almost half of the electricity it uses, via its four nuclear power stations with a total of 15 reactors. The country has turned increasingly to nuclear energy in order to reduce its energy reliance on Russia. Hence, the Zaporizhzhia Nuclear Power Station, which was built by the Soviet Union on the southern edge of the Kakhovka Reservoir on the Dnieper River in the 1980s, has become vital in the country’s political considerations.

On February 24, Russia invaded Ukraine, and the Zaporizhzhia nuclear plant was seized shortly after, with Moscow making the decision to maintain Ukrainian staff to operate the site. However, on August 5th the IAEA revealed that the power station had been bombed, after six months of uneasy peace around the structure.

The Director General further reflected on how the current situation at Ukraine’s Zaporizhzhia nuclear power plant was becoming very alarming, and he recalled how at various points during this crisis, the seven pillars that are essential for nuclear safety and security - factors like preserving the physical integrity of facilities like reactors and radioactive waste stores, and ensuring that the operating staff must be able to carry out their safety and security duties and have the capacity to make decisions free of undue pressure - were jeopardized, if not completely violated.

For example, the BBC reported that Russian troops used the captured Zaporizhzhia nuclear power facility as a military base, and the nuclear workers at the power plant have revealed how they were confined at gunpoint. Two workers have further reported that there is a serious risk of kidnapping regularly, and they also worry about a nuclear disaster or "radioactive contamination of the surrounding region."

Furthermore, the Director General once more demanded that the IAEA be permitted access to the Ukrainian nuclear power plant in order to conduct an investigation.

In response, the representative of the Russian Federation claimed that on August 5, the Ukrainian military shelled Zaporizhzhia with heavy artillery in an effort to terrify workers who were also Ukrainian citizens. The Ukrainian representative responded by stating that the only way to eliminate the nuclear threat at Zaporizhzhia would be for Russian soldiers to leave the area, and for Ukraine to regain legal control of the station. Ukraine discussed terms with the Agency, all the while insisting on the need to deploy a mission to the site.

Volodymyr Zelensky, the president of Ukraine, underlined that "only a complete retreat of Russians from Zaporizhzhia will promise the restoration of nuclear safety for entire Europe" in his evening speech on the 12th of August.

Essentially, Russia and Ukraine are placing the blame for the shelling of the nuclear power plant on each other. Although the facts remain blurry, the resulting threats are very patently clear - neither side is ready nor willing to give in to the other, even on the verbal level. However, the civilians at Zaporizhzhia have painted a picture of clear intimidation and distress as more staff at the power plant are becoming hostages of the Russians. It is clear that at the level of ordinary citizens, who damaged the power plant is not important; rather, authorities should prioritize the safety of the people whose livelihoods have been permanently changed as a result of their warfare.