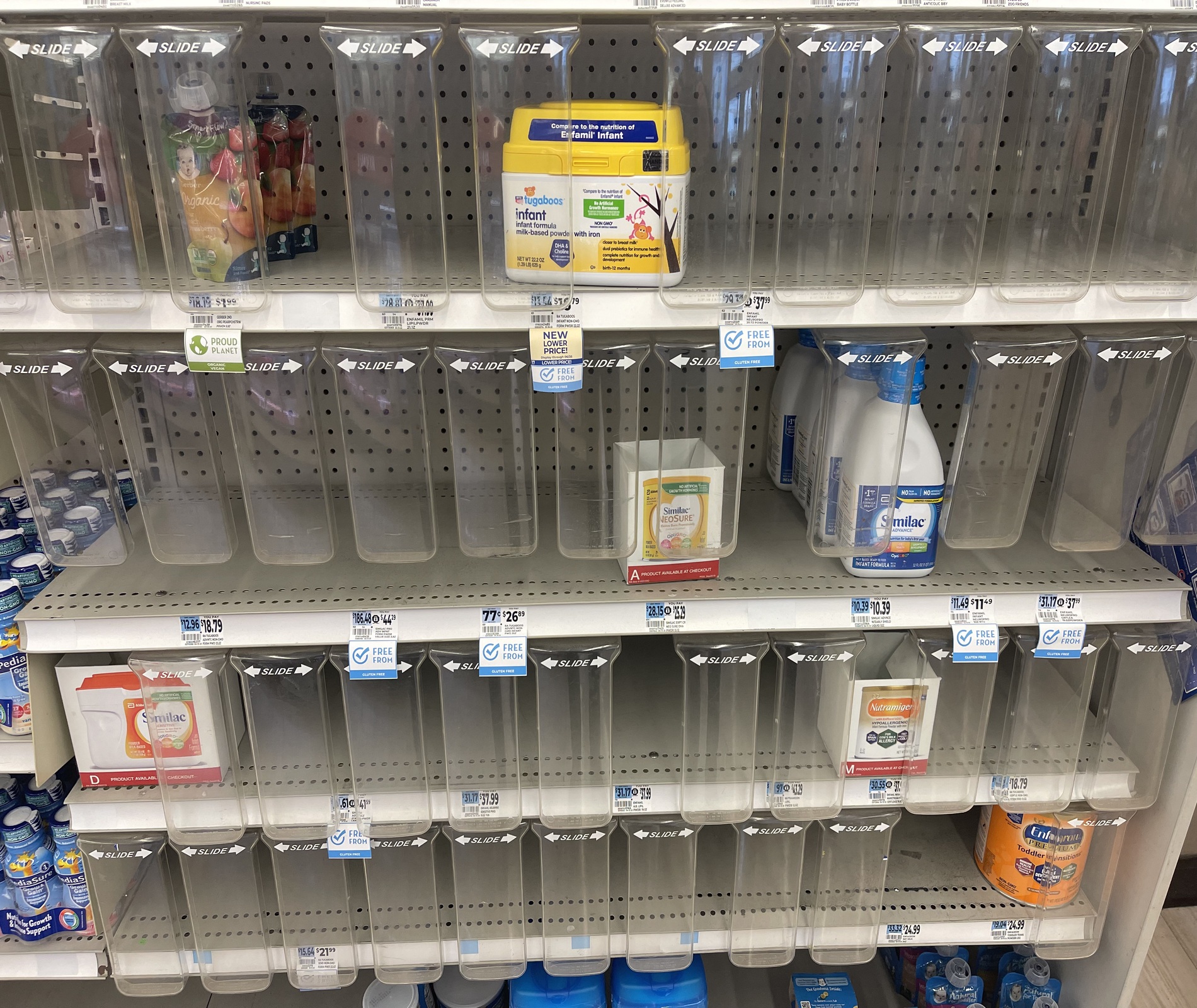 There is a shortage of baby food nationwide in America, and consumers feel its brunt now. On Wednesday, May 18, the House of Representatives passed bills that addressed the shortage. If approved by the Senate, these bills will provide an emergency relief fund of 28 million dollars so that the Food and Drug Administration (FDA) can start to fix the problem correctly.

The shortage has been a storm brewing for many months now, but it only worsened when the FDA recalled Abbott's Nutrition and baby food products and closed its Michigan food plant in February. The closing came after investigators found that formula that contained the bacteria Cronobacter sakazakii was the cause of illness in 4 babies, ultimately the death of two of them.

Abbott has made a different claim on their Twitter page that their formula was not tainted with the strain of bacteria that caused the death of two infants. The bacteria were only found in non-product contact areas of the facility. The "CDC concluded its investigation with no findings of a link between our formulas and infant illnesses."

Later on, on May 16, Abbott made another statement reassuring people that they are not discontinuing Similac Pro-Total and increasing production by running their facilities at maximum capacity.

The cause of this storage was mainly due to the shortage of workers during the pandemic and supply chain issues. The most sought product is formulas which have been in high demand in the past few months. According to an NRF 2020 report, 13 percent of store stolen items are baby formula.

Manufacturers have been unable to meet these demands, which has caused parents to take desperate measures such as going across the country to find formulas and even stealing. Black markets and the manufacturing of fraudulent baby food have caused more problems for the FDA, warning people to be wary of scammers online.

Many people have been sharing their ideas online on remedying this situation. Some of this advice hasn't been received warmly. Actress Bette Midler recently came under fire for her tone-deaf comments regarding the issue.

In a Twitter statement, she wrote, "Try Breastfeeding. It's free and available on-demand". Many people have tried to remind Midler that not all women can produce breast milk, and those who do may not make enough of it. She has since apologized for her comments.