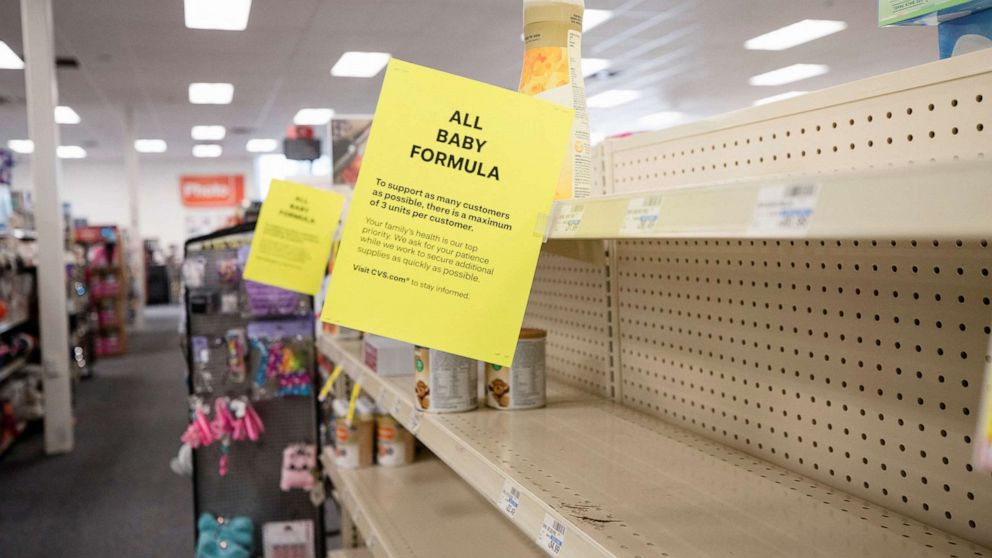 While being a new parent is stressful, more problems ensue as the ongoing baby formula shortage continues. The deficit began, shockingly, back in October. The Food and Drug Administration (FDA) has barriers and standards to make sure all food, including formula, is safe, and one of the formula plants had a recall due to a bacteria. Additionally, there have been rampant supply chain issues due to the pandemic affecting formula companies.

Although issues began months ago, it hadn't become as big of an issue until recently. Parents are now squandering to find the formula, limits have been put in place on how much you can buy, and groups are being made to relay information on where you can find a formula. Some parents are even buying formula online, where it doesn’t necessarily meet the same qualities that you find in stores, so they can have some food to give to their children. There has been an increase in breastfeeding, but not every parent can breastfeed, causing the formula issue even more rampant for some families.

The government has responded to the shortage. The Defense Production Act, an act that allows for products to be expedited, has been put in place so that the making and shipment of baby formula can be sped up. Additionally, one of the formula companies, Abbott, has been working with the FDA to be able to resume production.

This shortage is naturally met with frustration and stress, but that frustration is being emphasized as we are in the wake of Roe v. Wade being overturned. Women are forced into carrying pregnancies they might not be ready for, but once that baby is born, it’s unclear if they will even be able to be fed.

There had been about a 40% shortage of formula, but it’s now been reported that it has become a 70% shortage. This number is worrying, but there is hope on the horizon now that President Biden has taken government action. The options of not having formula or having contaminated formula are both less than desirable options, but hopefully, neither of these will be options in the coming weeks.