Bank of England now reveals England is already in a Recession 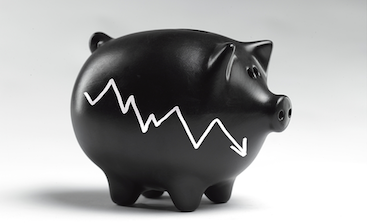 England’s financial history has had many downward slopes over the years, most notably the recession that followed the ‘Credit card Crunch’ (The Great Recession in the US) from 2007-2009.

Initially spreading from the US crash to other countries, including England, which led to job loss, housing market prices declining and putting pressure on Banks whose customers had loans for housing, pushing mortgages to be more than the property was worth, and the value of the currency and what it could buy, like essentials needed to live.

When we look at it historically, the numbers from back then look relatively small… But as Sky News’ Ed Conway, their Economics & data editor, points out, the difference is getting scarier than it was then.

The more recent decline of economic value caused by the Pandemic of Covid-19 peak back in 2020 led to our current Recession, which was warned by the bank of England back in August, and previously noticed in June by CBI (Confederation of British Industry).

According to their reports, ‘The CBI is the third major body to cut its growth forecasts for Britain in the past week, following a downgrade from the British Chambers of Commerce and a warning from the OECD that Britain had the weakest outlook of any major economy bar Russia.’ What makes this even more delicate is the political struggle England and Northern Ireland are finding, with that part of Ireland, wanting independence being affected by the post-Brexit fallout of trade rules.

‘The CBI urged the government to commit to replacing a generous tax break on business investment that is due to expire and to avoid unilateral action in a dispute with the European Union over post-Brexit trade rules for Northern Ireland.’

With several fronts to consider and the effects of the Ukraine war fully rooted in the Cost of Living Crisis, the UK Government’s new Prime Minster, Liz Truss, has a lot to try and resolve in not a lot of time.

The Ukraine War is having a huge effect globally and worsening the impact of this upcoming recession, currently restricting the use of power plants in Ukraine and trading of oil through Russia for most of Europe, which has an effect on the UK as a whole.

Though there was a brief pickup towards the vaccination of the population majority, the Cost of Living Crisis has brought another recession ahead for England, with prices of Fuel for both vehicles and heating, a considerable spike in price ahead of a harsh winter.

This historical crunch on the UK's finance is predicted to last longer than after Xmas and into the new year. What this will entail is shaping up just now, but Metro’s Surene Chande has simplified the effects, including the stagnation of wages owed to workers and the effectiveness of the test and trace program for Covid-19.

“We will support households and businesses with high energy bills and have committed to an unashamedly pro-growth agenda, which the chancellor will detail in the Growth Plan tomorrow.” (September 23, 2022)

There was a scrap for the planned increase to National Insurance that was supposed to happen as of April 2023, but that has since been cancelled, as heard on Sky Breaking News as Chancellor Kwasi Kwarteng said the government would also cancel a separate tax, the Health and Social Care Levy, which was due to come into force in April 2023 and scrap a planned increase to dividend tax rates.

"Taxing our way to prosperity has never worked. To raise living standards for all, we need to be unapologetic about growing our economy.

"Cutting tax is crucial to this - and whether businesses reinvest freed-up cash into new machinery, lower prices on shop floors or increased staff wages, the reversal of the levy will help them grow, whilst also allowing the British public to keep more of what they earn."

Politically, the Conservative Party are fighting unpopularity since the announcement on the news regarding the recession amid comments that 'Homeowners are being punished' says Sarah Olney, The Lib Dems' Treasury spokeswoman, following with the "hammer blow to struggling homeowners who are being punished by the government's failure to control inflation".

The British Chambers of Commerce said the Bank faced "an increasingly tricky balancing act", with Head of Research David Bharier admitting, ‘The interest rate is a very blunt instrument to control inflationary pressures that are largely driven by rocketing energy costs and global supply chain disruption, the Bank's decision to raise rates will increase the risk for individuals and organisations exposed to debt burdens and rising mortgage costs - dampening consumer confidence.’

However, the Energy Bills Support Scheme, in place for the winter, will automatically give the discount to those that are eligible and will be paid into bank accounts in October. Four hundred pounds will be given to each household to help with the Winter heating and electricity bills, even if you live in a different kind of house like on a boat or in a caravan park.

In two lump sums, with sixty-six pounds being paid in October and November, and the other half of the money, sixty-seven pounds through the months of December, January, February and March.

With some companies offering discounts on bills to the elderly and people with disabilities, there is some help available for the times ahead.