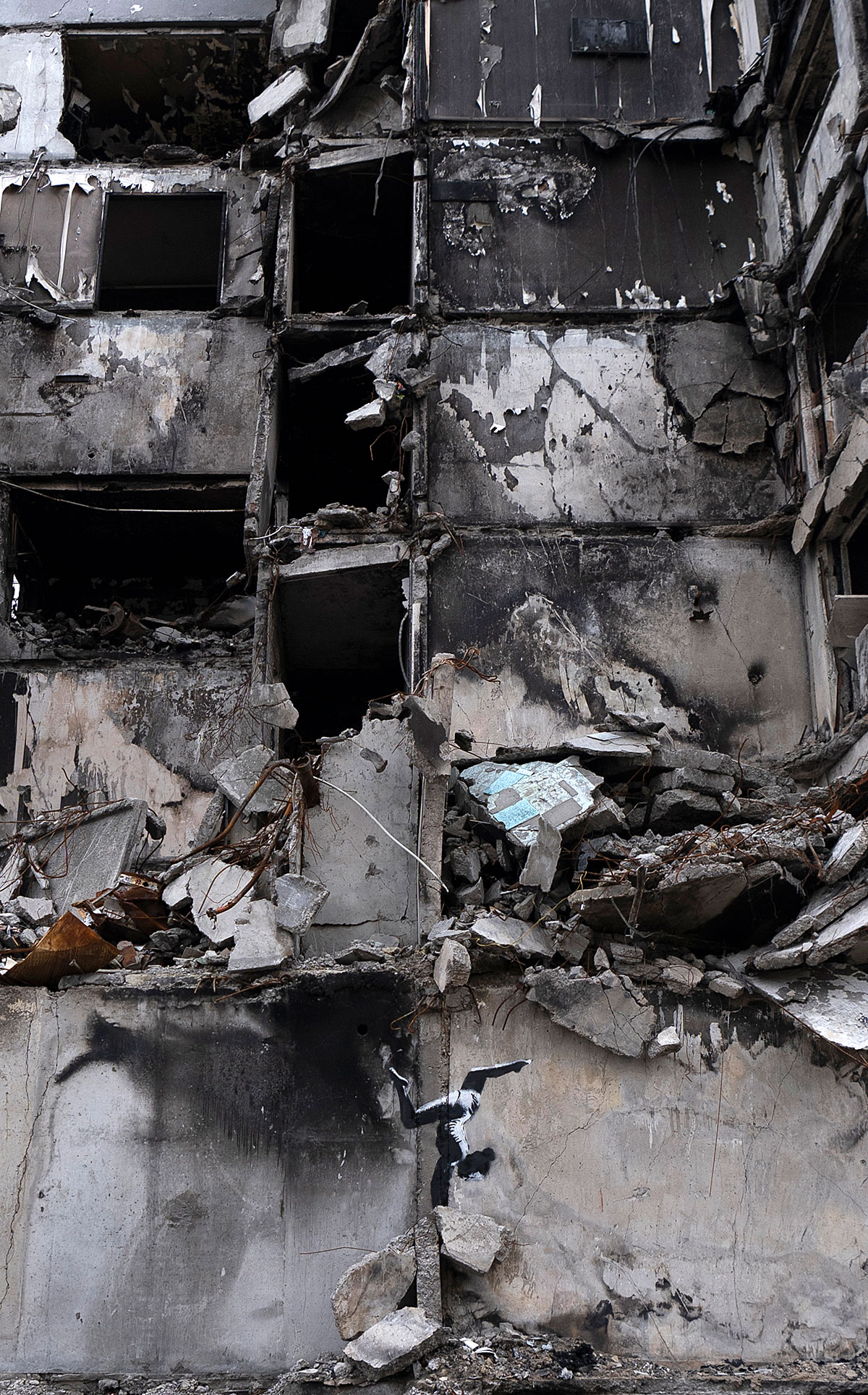 The British graffiti artist, Banksy, published a post on Instagram about his last work in Borodyanka, Ukraine on 11th October 2022. His graffiti depicts a gymnastic girl in the wreckage left by The Russian shelling of residential buildings.

The ruins are in the northwest of Kyiv, only 50 km from the Ukrainian capital, and was hardly attacked in the early days of March Russia’s attack on 2022. The nearby Kyiv suburbs of Borodyanka then suddenly changed, with no hope of returning.

Banksy inspires people through his work, illuminating the silence left behind after the destruction of the residential buildings in the town. He aims to push society towards meaningful actions after the brutal consequences of war.

Meanwhile, empty, deteriorated buildings continue to exist, where nobody lives.

The non-governmental organization Amnesty International found “that at least 40 civilians were killed in disproportionate and indiscriminate attacks, which devastated an entire neighborhood and left thousands of people homeless”. The British movement focuses on human rights and has been documenting the attacks and wilful killings of people during war crimes, in order to ultimately prosecute international crimes.

Nevertheless, the mural evokes sad feelings. The mural is on a building devastated by the war, capturing one of the worst images of the city.

Banksy’s gymnastic girl is displayed on the main page of his website.

Indeed, Banksy is a fascinating street artist. He supports and has been involved in social, political, and economic conflicts worldwide since the 1990s turning the art world upside.

Banksy has been protesting through numerous urban efforts in the West Bank and Gaza Strip in Israel. One of his works is “The Girl Frisking the Soldier” in the West Bank barrier in Bethlehem in support of Palestinians. and highlights the dehumanization of the people living on the site.

His public exhibitions combine subversive humor and political commentary on the streets. The highlights of his art’s narrative are provocative, and over the years he has continued this as a filmmaker also.