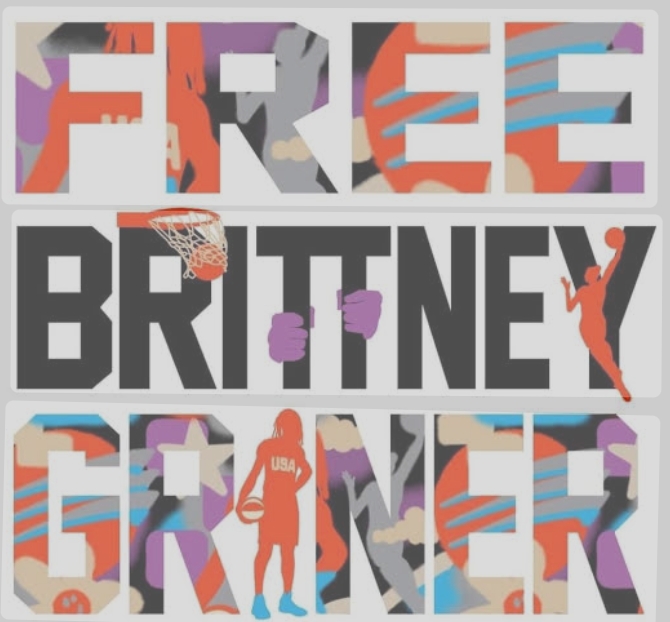 After the captivity of 10 months, the celebrated basketball athlete, Brittney Griner was released on Tuesday in a swap of prisoners with Russia.

Brittney Griner flew to Russia with the intent to play in Russia during the off-season in America, but she couldn't head back as she was arrested on drug smuggling charges for carrying a gram of hash oil. She was carrying the substance because of her medical prescription of medicinal cannabis but that is considered illegal in Russia and henceforth Griner was taken into custody in February which was followed by the Russian invasion of Ukraine.

Now after spending 10 months in jail one of the most successful basketball players in America has returned home. The prisoner exchange was suggested by Biden's administration in July and put forth a pleasing and desired offer to Moscow which presented the release of Bout, one of the most infamous arms dealers and notoriously known as ' Merchant of Death'.

Compared to Griner, Bout was charged with a grave offense of arming South American rebels and believably so owing to his former status as a Soviet air officer whose popular exploits even inspired the Hollywood movie 'Lord of War'. He was tried and sentenced to 25 years in jail back in April 2012. Bout reached Moscow just as Griner reached San Antonio. Brittney Griner's return would be later celebrated in Houston.

The prisoner exchange hasn't been a novelty and might occur again as the American and Russian intelligence stays in touch. Furthermore, ex-marine Paul Whelan is still in detainment in Russia and has been sought by the US administration to be included in the swap but couldn't as it's fair game in one-for-one not for two. He was sentenced to 16 years in prison on the charge of the spine in Moscow in 2020.

Biden however is determined to get him out and says "he won't give up". The American Russian strife is causing innocent people their precious years and reputation, Britney Griner as many reports suggest might never step on a field again and will be spoken about as a political prisoner first than a star basketballer, and on the other hand criminal with serious offenses are said to free on the accord of an exchange. It is estimated that Saudi Arabia had a lot to do and influence in the exchange because of its friendly relations with Putin and cordial settlement with America. The Arabian prince has reportedly convinced the Russian President to agree to this deal but till now America has denied any claims of Saudi involvement.