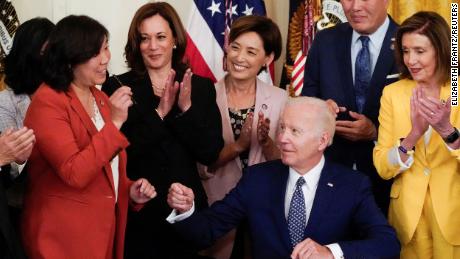 On June 13, a bill signing ceremony took place in the White House for the "Commission To Study the Potential Creation of a National Museum of Asian Pacific American History and Culture Act.” The Act creates an eight-member commission to research and submit a plan for establishing this national museum in Washington for the community.

According to an article by U.S. News, the study commission will consist of two members, the Senate majority and minority leaders, and the House speaker and House minority leader.

In addition to discussing the blueprint, the commission will also discuss whether the museum should be part of the Smithsonian Institution. National museums such as those of the American Indian and African American history and culture are currently run by the Smithsonian. With the new national museums displaying American Latino and American women’s history in the process of inclusion, there is a high possibility that the Asian American history museum may be included.

The House passed the bill in April, and the Senate did so in May. With President Joseph Biden’s approval signature on Monday, he said, “I’m honored to sign into law something that’s long overdue.”

This national museum is to fight ignorance and dispel the misinformation about Asian Americans, Native Hawaiians, and Pacific Islander people in the United States. Additionally, the museum will shine a light on the dark moments of American history such as the Chinese Exclusion Act, the internment of Japanese Americans, the discrimination against South Asian Americans after 9/11, and the increased violence against Asian Americans during the coronavirus pandemic.

Also at the ceremony was Vice President Kamala Harris, the first person of Indian descent to be elected to the position. According to an article by NBC News, during the press conference, Harris said, “This is a story about heroes who shaped our nation for the better. From the South Asian Americans who transformed farming up and down the pacific coast to the Japanese Americans who defended our freedom during WWII to the Chinese American garment workers who marched through the streets of New York City 40 years ago to win better pay and benefits for all workers."

The legislation was sponsored by Rep. Grace Meng, D-N.Y. (pictured holding the pen given to her by Biden), and Sen. Mazie Hirono, D-Hawaii.