Biden calls Pakistan “one of the most dangerous country”, Pakistan summons US Ambassador in counter-response 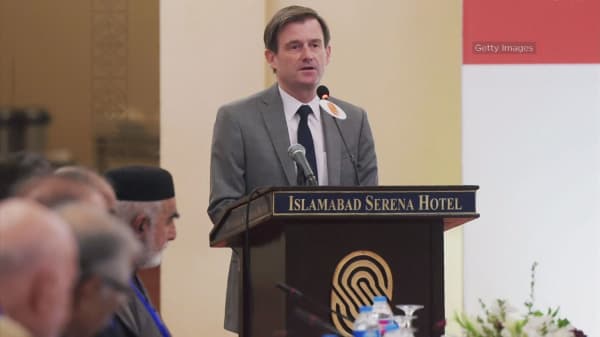 Pakistan's government calls Pakistani Ambassador, Donald Blome an official demarche after President of the United States of America, Joe Biden calls Pakistan ‘One of the most dangerous country’.

US President Joe Biden on Saturday, made a candid remark against Pakistan, terming it as “one of the most dangerous nations” and also went further interrogating the country’s nuclear weapons safety protocols. Irked and outraged by the remark, Islamabad immediately called upon the US ambassador, Donald Blome to the foreign office in Islamabad for an explanation.

About the Biden’s Remarks

At the Democratic Congressional Campaign Committee Reception in Los Angeles, the President made the off-the-cut remarks late Thursday. These remarks were made while Biden was talking about US foreign policy concerning China and Russia. "This is a guy (Xi Jinping) who understands what he wants but has an enormous, huge array of problems. How do we handle that? How do we handle that relative to what's going on in Russia? And what I think is maybe one of the most dangerous nations in the world: Pakistan. Nuclear weapons without any cohesion," said Biden.

Hence, Biden concluded his talks by asserting that he considered Pakistan to be the most dangerous country in the world.

Addressing a press conference in Karachi, Pakistani Foreign Minister Bilawal Bhutto Zardari said that he has talked about it with the Prime Minister and they have summoned the ambassador of the United States for an official demarche.

Further, he also asserted that he was astonished by the comments made by President Biden for his country. He blamed this remark to be a misunderstanding that is created when there’s a lack of engagement.

Clarifying the US stance on the statement, the foreign minister further said “It was not an official function, it was not an address to the nation or an address to the parliament,". The minister then went on saying to give an opportunity for the US to elucidate its stance. Also, added that this should not negatively impact the relations between Pakistan and the United States.

According to Dawn, Bilawal was then quoted as saying that Pakistan had just marked the 75th anniversary of bilateral engagements with the US. Also added that, If this was such a concern, he imagined it would've been raised in that meeting with him. Further, he believed that they have just started their journey of engagement and they will have many more opportunities to engage with the US and address any concerns and misconceptions they might have about this specific question.