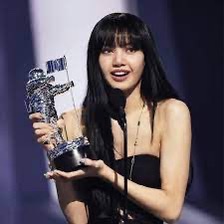 Lalisa Manoban, popularly known as ‘Lisa’, the youngest member of Kpop supergroup ‘Blackpink’ recently won the Best K-Pop Video award at the 2022 MTV Video Music Awards. She became the first female K-Pop artist and the first K-Pop soloist to ever receive this accolade. The song in question ‘Lalisa’, is Lisa’s debut single released on September 10th 2021.

The song was characterised by it’s noticeable hip-hop sound and drew influences from Thai music and culture, as Lisa herself is a native of Thailand. The single was an immediate hit, garnering 73.6 million views on Youtube within twenty four hours of its release and entering the USA Billboard Hot 100 at 84. It peaked at number two on Billboard’s Global 200, eventually becoming one of Blackpink’s best charting songs.

In her acceptance speech at the 2022 VMA’s Lisa expressed immense gratitude for her fellow Blackpink members, the main producer of the track, ‘Teddy’ and their fandom, known as ‘BLINKs’. She addressed her fans, calling them the ‘most important’ people in her life and saying that the award was a ‘wonderful honour’ for her. The speech has been shared and reposted countless times over social media with BLINKs and other K-Pop fans expressing their appreciation for Lisa and how her achievement furthered the global reach of K-Pop as a music genre.

Blackpink itself is known to have a penchant for breaking records. The members recently had a group release, with their pre-release track: ‘Pink Venom’. The track garnered a staggering 90.4 million views in its first 24 hours of release and is the third largest 24 hour music release of all time. This anticipated comeback climbed charts and broke records everywhere, gaining praise for its catchy chorus, rap verses and highly sophisticated music video sets.

‘Pink Venom’ acted as a follow up to ‘Ready To Love’, Blackpink’s first metaverse release, which also won ‘Metaverse Performance of The Year’, a new category. In light of these records, the group’s and Lisa’s wins at this historic award show have cemented Blackpink as one of the most iconic and successful girl groups of all time. Their performance of ‘Pink Venom’ at the MTV’s was enjoyed by all, including pop icon, Taylor Swift and the alt rock band, Måneskin who expressed that Blackpink were one of the groups they were most excited to see at the VMAs.

The wins come just in time for Blackpink’s highly anticipated second full-length album ‘Born Pink’ which is set to release sometime later this year. Promotions for the album are to be followed by their world tour of the same name which has fans across the world psyched to see their idols in person for the first time after the Covid-19 pandemic.