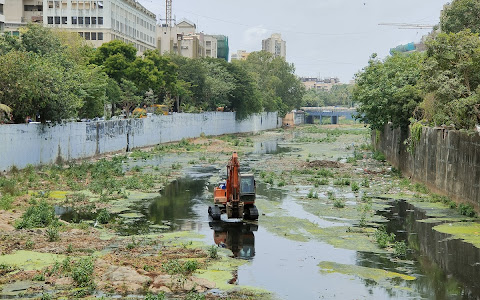 The Brihanmumbai Municipal Corporation (BMC) will begin widening and rejuvenating two significant rivers - Dahisar and Poisar - which originate from Tulsi Lake in Sanjay Gandhi National Park. These rivers are currently more poorly canalized due to industrial effluents, fecal matter, and untreated waste seeping into them from development on their banks.

Bhagyashree Kapse, the deputy city commissioner, said the Poisar River widening is a significant project that will demolish 200 slums. "We are trying to rehabilitate the eligible slum dwellers or pay them financial compensation so they can relocate," she said, adding that the rejuvenation would be carried out by the Stormwater Drainage Department. Still, the BMC would help remove structures that would get in the way of the river's alignment.

The BMC project is based on the recommendations of the Madhav Chitale Committee, which was appointed after the July 2005 floods nearly drowned the city. One of those recommendations was to widen existing rivers to keep the suburbs flood-free.

Incidentally, the committee had noted that the BMC had intentionally designated these rivers as "nullahs" in its development plan to keep them out of the scope of the river laws.

This river rejuvenation project is also part of the BMC's Brihanmumbai Storm Water Disposal Project, which was launched in 2005 to prevent flooding. Under this project, the municipality planned to improve drainage, build new sewers, and widen and desilt nullahs to increase their capacity.