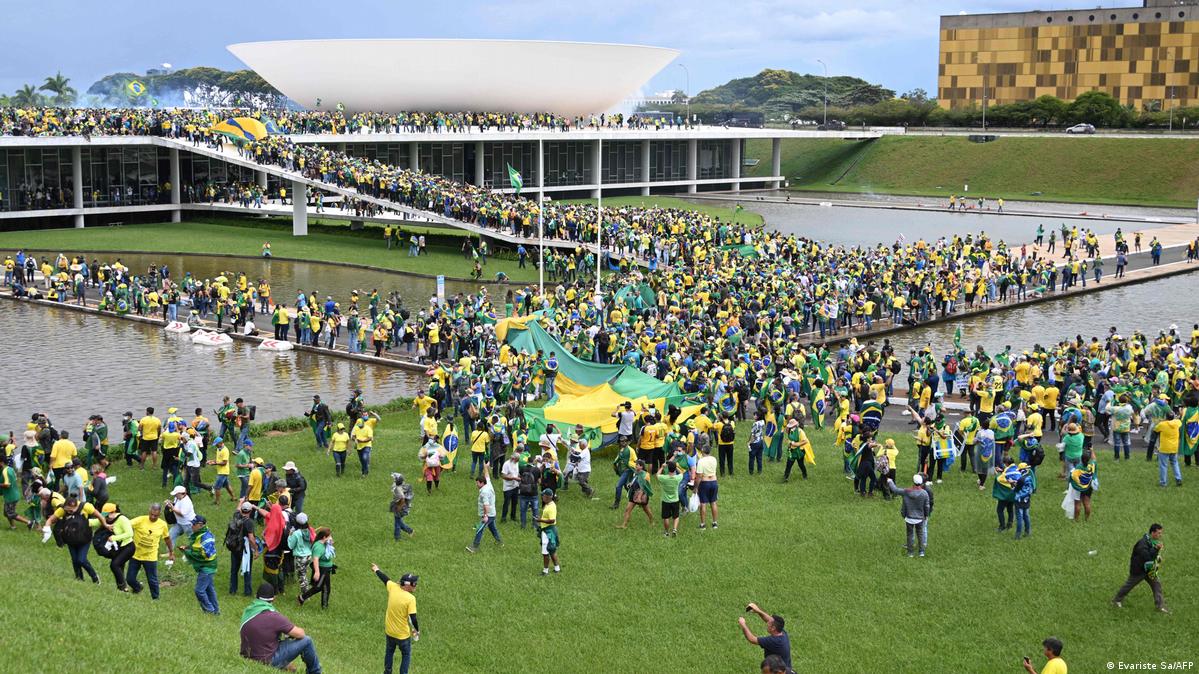 Angry protestors have been filmed storming government buildings in Brazil in the last hour. This comes a week after Lula da Silva was sworn in as President of the country.

Videos surfacing on Twitter have shown protestors, who appear to be supporters of former president Jair Bolasonaro, entering Brazil’s Congress, Supreme court, and Presidential Palace. There are no reports of casualties so far as videos show very little resistance from security services.

One video shows protestors climbing a stand in the Senate building, they appear to have free reign over the interior of the buildings whilst police fire tear gas outside the courtyard.

The chaotic scenes appear to mimic the 2020 January 6 riots by supporters of Donald Trump, which involved protestors storming the Capitol building, home to America’s congress and senate. The protests were motivated by similar accusations of a rigged election and opposition to the elected president.

The videos have already sparked criticism from public figures in Brazil. Thomas Traumann, a Journalist has described the protestors as “Terrorists”. There has been no official comment from the government so far. 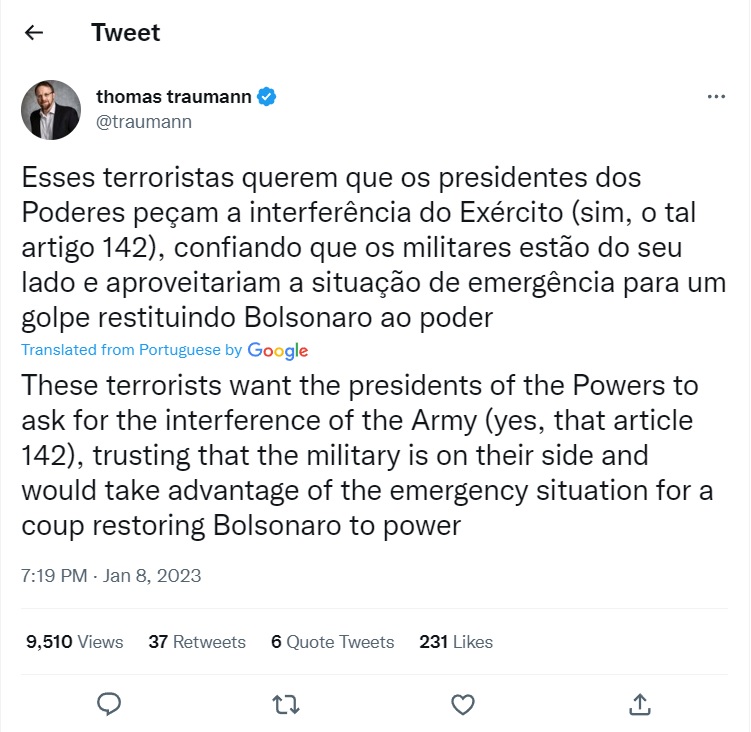 Bosonaro supporters have been Tweeting their support for the protestors, calling for military action and condemning President Lula as a “convicted criminal”. The current president Lula was convicted on corruption and money laundering charges in July 2017 but the conviction was overturned over a legal jurisdiction dispute. 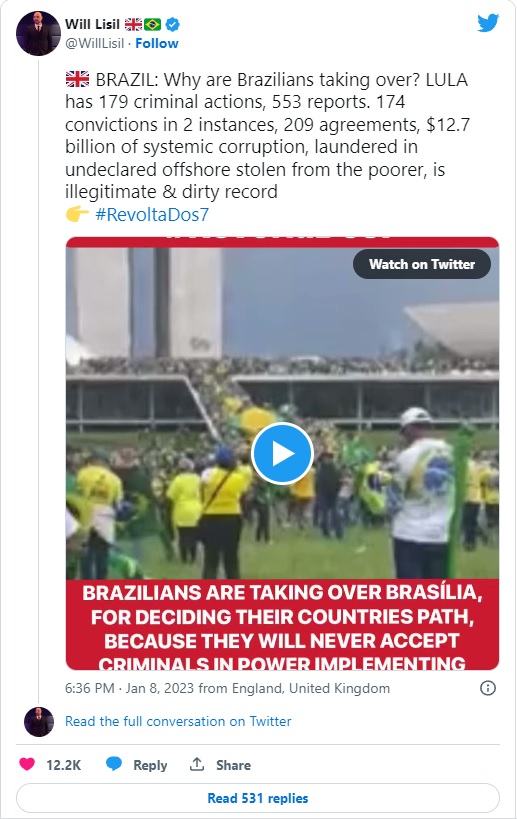 Bolsonaro was Brazil’s president from 2019- 2022, he lost the recent 2022 election to Lula. Styling himself as a Donald Trump-style figure, he was a highly Conservative leader, opposing same-sex marriage, abortion, and progressive drug policy.

Gleisi Hoffman, President of Brazil’s Worker’s Party, whom Lula is a member of, wrote on Twitter claiming the protestors are “bandits''. She added that they all “despise Democracy”. 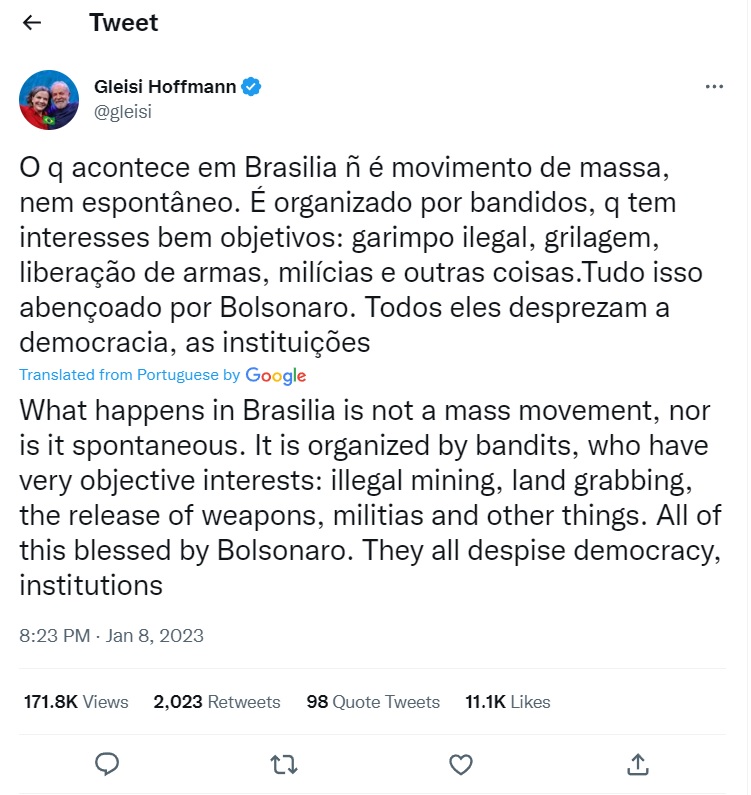 Bolsonaro supporters rioted in the capital, Brasilia, last month, in protest of the election results which they viewed as illegitimate.