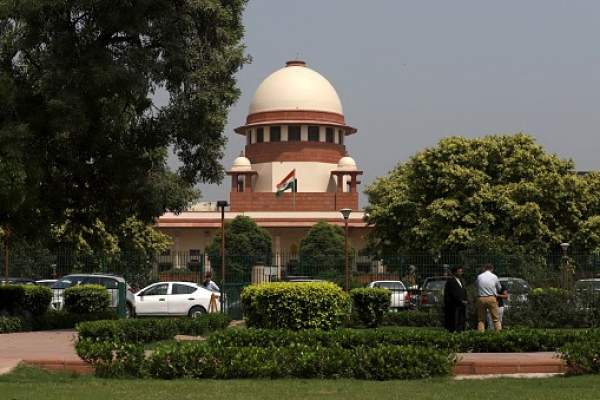 The Supreme Court on Thursday passed a judgement revoking the Bombay High Court’s verdict claiming that “skin-to-skin” contact is not necessary for sexual assault under the Protection of Children from Sexual Offences (POCSO) ACT.

The Bombay high court earlier declared a man innocent who had groped a minor’s breast claiming that only skin-to-skin contact would be considered a sexual offence. Under the POCSO ACT, the Supreme Court retaliated by declaring that to perform a sexual assault, sexual intention is more important and not just skin-to-skin contact.

The bench comprised Justices UU Lalit, S Ravindra Bhat and Bela Trivedi, according to whom restricting the term “touch” to “skin-to-skin contact” has led to “narrow interpretation” of the aim of POCSO ACT which aims to protect children from any sort of sexual assault.

According to the apex court, an inappropriate touch through clothes or a sheet is considered a sexual offence which comes under the POCSO ACT.

The Supreme Court made the final decision after hearing all the appeals made by the Attorney General KK Venugopal, NCW and the State of Maharashtra against the January 12 ruling of the Nagpur Bench of the Bombay HC. Later on, 27 January, the SC had put a stay on this controversial decision of the Bombay HC and termed it a "very disturbing conclusion”.

According to Justice Pushpa Ganediwala, this act is not considered a sexual offence because the accused did not remove the clothes of the minor before groping her breasts. Still, it was considered an act to disapprove of a woman’s humility and violated the law under Indian Penal Code (IPC) section 354.

The appeals against the Bombay HC’s verdict were filed by the National Commission for Women (NCW).

The SC further stated that the act of touching the private part of an individual with sexual intention cannot be removed from section 7 of the POCSO ACT. The court has sentenced the 39-year-old accused to three years of rigorous imprisonment, simple imprisonment of one month under POCSO ACT and Indian Penal Code (IPC) 354 along with a fine of Rs 500.

The SC claims that the appeals of the Attorney General and the NCW should be allowed, and the appeal of the accused should be dismissed in the two appeals filed against the judgement of the Bombay HC. Satish and Libnus were also convicted.

The top court believes that the Bombay HC made a mistake in the case of holding the accused guilty under section 354 (outraging a woman’s modesty) and acquitting him for the offence under the POCSO ACT.

The judgement of the Bombay Nagpur bench was not only proved to be wrong but was also quashed and set aside by the SC on accurate grounds.

The accused Satish is therefore convicted for his offences under Section 8 of POCSO ACT and under sections 342,354 and 363 of the Indian Penal Code (IPC).