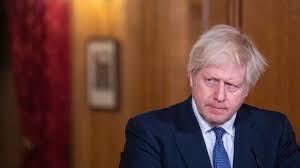 Boris Johnson has announced that he will resign as the leader of the Conservative party and UK Prime Minister. This news comes after a cabinet revolt in which many cabinet ministers said they had lost confidence in Johnson’s leadership, and once supportive backbenchers withdrew their support. The revolution began with the resignation of Sajid Javid and Rishi Sunak from the positions of Health Secretary and Chancellor. More than 50 ministers and government aides resigned in a mass walkout.

Johnson’s exit from Number 10 follows a series of scandals over the last three years. This includes anger incited by the way the Prime Minister handled sexual harassment allegations made against the deputy chief whip. Johnson admitted to being aware of the allegations against Chris Pincher, but he still decided to appoint him. Alongside this, the results of the Sue Gray investigation, police fines issued over lockdown parties in Downing Street, attempts to change the ministerial code so Johnson could ‘save his own skin’ following the Party gate inquiry, and accusations of breaking international law.

The Resignation of Johnson has sparked a Tory leadership race that will stretch over the coming months. Many have said they will be vying for the chance to be the next occupant of 10 Downing Street. These include:

-       The chair of the Commons foreign affairs select committee, Tom Tugendhat MP, was the first to announce he would be running for the position after Johnson left office.

-       Nadhim Zahawi MP, who oversaw the rollout of covid-19 vaccines, then became education secretary and now has been promoted to chancellor following Rishi Sunak’s resignation.

-       Liz Truss MP, who is the current foreign secretary

-       Jeremy Hunt MP, the chair of the health and social care select committee.

-       Sajid Javid MP, who has held almost every senior cabinet position, said he is seriously considering running for the leadership role.

YouGov has reported that a new snap polling of 716 Conservative party members revealed that Defence Secretary Ben Wallace MP was the clear favorite for the next Conservative leader. He was closely followed by Penny Mordaunt, Rishi Sunak, and Liz Truss. However, in an unexpected move, Wallace announced on social media he would not be standings and ruled himself out of the Tory leadership race.

He wrote that after ‘careful discussion, he would not be entering the leadership contest. ‘It has not been an easy choice, but my focus is on my current job and keeping this country safe. I wish the very best of luck to all candidates and hope we swiftly return to focusing on the issues that we are all elected to address.’

Cases of Covid-19 on the Rise in the UK