Boris Johnson will stay on as caretaker Prime Minister until autumn 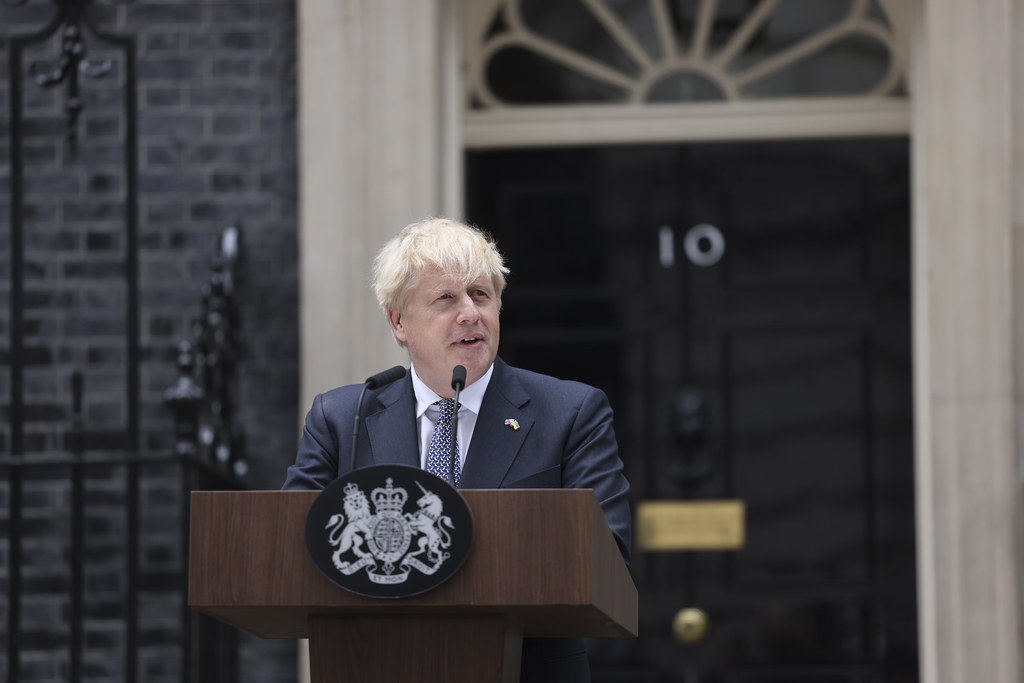 Boris Johnson is resigning as Conservative leader and will take on the caretaker role until a new Prime Minister is nominated. The announcement at noon outside Downing Street comes after more than 50 resignations from the Conservative Party.

In his statement, Mr Johnson said, ”I am sad to be giving up the best job in the world” and blames Conservative MPs for denouncing him under a “herd” mentality. The process to appoint a new successor will begin with a timetable announced next week.

The Prime Minister appointed a new cabinet, after a mass accumulation of resignations over the past two days. Nadhim Zahawi, the newly appointed education secretary, states in his public letter to the Prime Minister that he should “leave with dignity” immediately.

Speaking to the British public, the Prime Minister claims he is “immensely proud of the achievements of this government” listing Brexit, the rapid vaccine rollout and his response to Putin’s invasion of Ukraine.

The decision received intense scrutiny from Conservative MPs who demand an alternative caretaker Prime Minister. Conservative MP, Simone Hoare in his letter to Graham Brady, Chairman of the 1992 committee asked for a further confidence vote and a rule change governing the holding of confidence votes.

Leader of the Labour Party, Kier Starmer also threatened to use a Commons confidence motion to oust Boris Johnson. The Labour leader said the Prime Minister is “unfit for office” and “inflicted lies, fraud and chaos in the country”.

Leader of the Scottish National Party, Nicola Sturgeon states there is a “widespread sense of relief that the chaos of the last few days (indeed months) will come to an end”. She goes on to dub Boris Johnson’s decision to stay on as a caretaker Prime Minister as “far from ideal” and “not sustainable”.

A series of events leading up to the Prime minister’s resignation and loss of support from his MPs include the Partygate scandal and the cost of living crisis. The most recent, Mr Johnson claimed not to know the allegations against MP Chris Pincher groping two men before appointing him as deputy chief Whip but then later admitted he had been told.

Is This the End of the Boris Johnson Government?