Bournvita Encourages Parents To Use The Hashtag #FaithNotForce 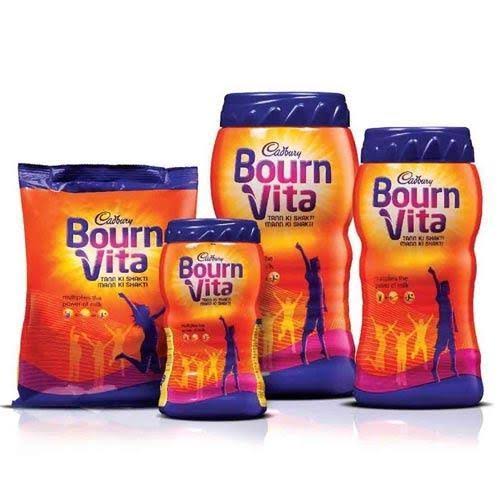 Cadbury Bournvita, the malted drink company, offers a powerful reminder for society to recognize and develop every child's distinct potential: #FaithNotForce is a campaign that encourages parents to recognize their children's actual gifts rather than pushing them into predetermined career molds.

Society has always controlled the fates of children. Even when the children have the most excellent intentions, they are frequently steered away from their natural propensity and skill to pursue a specific vocation.

Moreover, to illustrate this memorably and drive home the message, the brand has chosen to do something daring. It drove the ubiquitous Bournvita Jar to become something it was never meant to be: a toilet cleaning jar, egg carton, tissue paper box, glass cleaner bottle, ketchup bottle, soap box, and cooking oil bottle. Although these jars contain Bournvita powder, they do not resemble the intended Bournvita.

The goal is to shock consumers when they reach for the iconic Bournvita jar in store aisles and on our direct-to-consumer website and notice these strange-looking packs to help them draw a parallel to situations in which children are forced to follow a predetermined path that may work for others but is not true to their potential.

The Bournvita Forced Packs are available online and at specific Star Bazaar locations. By carrying these jars home and expressing their promise, parents can demonstrate that they, too, oppose pushing children and support the #FaithNotForce movement.

Vikasdeep Katyal, director of marketing at GCBM, Mondelez India, commented on the campaign, saying, "Over the last seven decades, Cadbury Bournvita has effectively created a solid relationship with parents by meeting their nutritional requirements."

While society continues to see professional opportunities through a narrow lens, we saw the need to advise parents to refrain from pressuring their children down the same career paths. Our concept is based on the simple principle of not neglecting a child's full potential.

We are optimistic that the packaging innovation will help parents become aware of the campaign and the #FaithNotForce promise on www.the bournvita store.in. "We truly want to gather support for our efforts to promote religion and celebrate each child's individuality."

Harshad Rajadhyaksha and Kainaz Karmakar, the Chief Creative Officers of Ogilvy India, who oversaw the team that devised and implemented the concept, elaborate on its origins by saying "It took a long time and several test runs before we were able to launch this initiative. Our creative team, comprised of Akshay Seth and Chinmay Raut, and the wider Bournvita team at Ogilvy, have spared no effort from concept to execution. From the conception of the idea through the planning of the campaign's ecology, the design of the packs, and the creation of the e-commerce website, it has been an interesting adventure.When individuals around us observed the concept, the feelings it elicited were sufficient evidence that we'd discovered a truth that had to be conveyed. Forced Pack is an initiative designed to resist imposing our objectives on our children."

Cadbury Bournvita has partnered with Star Bazaar for the launch to display the frightening avatar of jars in certain shops and film buyers' emotions in real time. In addition, this current campaign is backed by a 360-degree marketing effort that includes print activations, collaborations with prominent social media platforms, and influencer involvement.

The campaign will also be featured on our parenting website (www.tayyari jeet ki.in), which will house motivational tales about allowing children to follow their desired professional paths and offer innovative and holistic discussions on parenting for children throughout their formative years