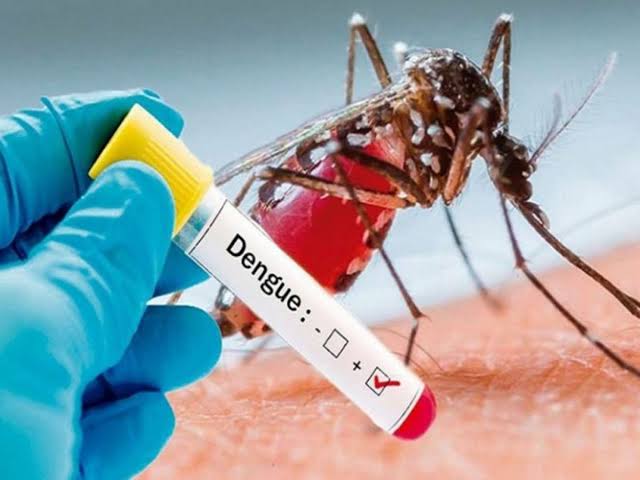 Dengue virus has bumped into Meerut city, and the spread is expected to increase faster considering the current situation. The doctors from the Medical College of Meerut have made protocols for the prevention and cure of some diseases such as Dengue, Chikungunya, and scrub typhus. Recently, there was a workshop organized by the medical college on Monday during which the information regarding the new dengue was given to all the doctors in charge, and the doctors of Provincial Medical Cadre were also given training.

Doctors from 12 communities and 35 primary health centres in the district were called for training. They were given fresh information about dengue virus strain, shake syndrome, and other diseases. The doctors were also told about the changes that developed in the virus recently. For all of this to happen, a presentation was prepared by Dr. SnehLata, the in-charge of the fever desk, and Dr. Anupama Verma from the Pedia department. Dr. TVS Arya, the medical doctor of medical college, gave a brief explanation on communicable diseases. Dr. Snehlata Verma gave instructions regarding the treatment and change in symptoms of diseases such as dengue, typhoid, chikungunya, scrub typhus, and malaria. Dr. Anupama Verma, assistant professor of the Department of Pediatrics, presented the scientific aspect of the peculiar fever, spreading in nearby districts. She said, "Japanese encephalitis and some other diseases come under Acute encephalitis and investigation should be done in that case." Dr. Ashok Taliyan said, "every fever is not dengue or malaria, there can be many reasons for fever such as weather change and also after corona there are more cases of Tuberculosis and those people have developed more cases of fever." It has also been advised by the doctors to stay away from rats and squirrels as they can prove to be a super spreader for these communicable diseases.

A meeting was also held on 6 Sept, Monday with the District Medical Officer, District Malaria Officer, Urban Malaria Officer, District Surveillance Officer along with the Municipal Commissioner, Manish Bansal. In this, all the three depot in-charges of the Municipal Corporation, food and sanitation inspectors, and all supervisors were also present. Strategies to prevent these vector-borne diseases such as dengue and malaria were discussed in the meeting.

Meerut has recorded 9 new cases of Dengue till Tuesday. There are a total of 30 cases of dengue seen till now. 12 patients have been recovered, but there are still 18 active cases. Taking the fast-spreading into consideration, the health department has decided to launch a door-to-door survey in which they will test the larvae of dengue and malaria in every house. The Municipal corporation team will soon reach for larva checks in every house. They will check everything that can develop the larva including the cooler, AC, Fridge, and pots. It has been decided to spray Anti- Larvacidal in houses. The larva samples will be tested in the Medical college or district Hospital of Meerut. If anyone does not allow entry into the house to test the larvae or creates any kind of obstruction, then he/she will be fined Rs 500.

The team reached about 400 houses, in Maliana, Palhera, and Sainik Vihar, testing the water stored in pots, coolers, and containers. The larva was found in more than 20 houses but was killed on the spot and notice has also been issued.

Around 1400 teams are given charge to take samples from houses. People will be checked for fever and if anyone will be having fever, they will be taken into immediate consideration. Patients will also get tested for corona. The survey has already started on Tuesday 7 Sept and lasts till 16 Sept. It can be extended further. The survey will start at 9 AM every day.

"Dengue virus has not been fatal for children in the last few years, but medical scientists are surprised with more deaths in Agra and Firozabad," said Dr. Vijay Jaiswal, the head of the Department of Pediatrics. Some cases of scrub typhus have also been observed in children. The Health Department stated that Dengue is currently being treated based on the symptoms only, but it is important to keep an eye on the changes in symptoms. Symptoms such as a decrease in Platelets, low B.P, Dizziness, cold hands, and less urine excretion are very dangerous. In case anyone is facing the same symptoms should consult a doctor immediately. The symptoms of Dengue include high fever, Severe headaches, Fatigue, Vomiting, Pain behind the eyes, severe joint and muscle pain, Nausea, and Skin rashes.

The government and health departments are in action after reviewing the current spread of these dangerous diseases in Meerut and nearby districts. Proper prevention methods and healing methods are being used. People are being told not to allow water to stagnate anywhere as it can give birth to the larvae of Mosquitoes. Our safety is in our hands. Mosquitoes lay eggs near water so make sure to clean, empty or throw out items that store water such as buckets, water pots for birds, tires, old toys or plastic material, etc. We can only win against dengue by taking care of ourselves.