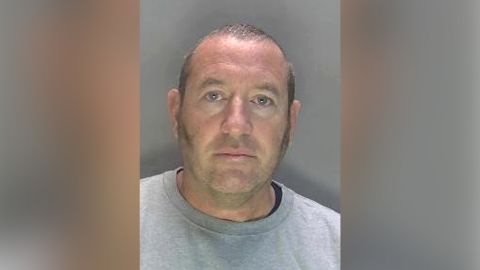 David Carrick, a member of the Metropolitan police force, pleaded guilty to 49 charges on Monday, following a 20-year campaign of terror against women in London and Hertfordshire.

Carrick, who was serving in the parliamentary and diplomatic protection command, faced charges that included 85 serious offences against 12 women, 48 of which were rape.

The police allowed Carrick to serve as an officer and promoted him to an elite armed unit, even after they investigated him for rape accusations. Many women who made allegations against Carrick didn’t want to cooperate with the investigation for fear of reprisals or not being believed.

A victim who remains anonymous for legal reasons, said Carrick told her: “I can kill you without leaving any evidence.”. The victim also claims Carrick threatened to plant drugs in her car if she spoke to the police.

Shilpa Shah, a crown prosecution service lawyer who built the case against Carrick, spoke of one victim: “She reports being orally raped whilst in his shower after being dragged in by her hair, being whipped with a belt, suffocated during oral sex and sexually assaulted with sex toys.”

Shah highlighted how Carrick controlled and degraded his long-term partners, adding false imprisonment charges to his list of offences as “he would lock [the women] in the understairs cupboard and not give them food; make them clean the house while they were naked.”

The Met admits it failed to identify the threat Carrick posed to the public. “There was an escalation of abusive behaviours that should have been identified. I would not expect anyone with that pattern of behaviour to be in the Met today.”, a Met assistant commissioner said.

Investigations were carried out on Carrick in three separate forces and he was known by his colleagues as ‘Bastard Dave’, for his cruel behaviour. Despite the many pieces of evidence against Carrick, the police never drew a connection between them.

Carrick’s prosecution came just two years after the murder of Sarah Everard by another Met police officer, who kidnapped, raped, and murdered Everard.

Questions have been raised by MPs like Yvette Cooper over the Met’s investigation process. Cooper made a statement claiming “it is further evidence of applying failures in the police vetting and misconduct process, still not addressed by the government, that he was ever able to serve as a police officer.”

Carrick has not faced sentencing yet, but when he does, it is likely to be a lengthy one.