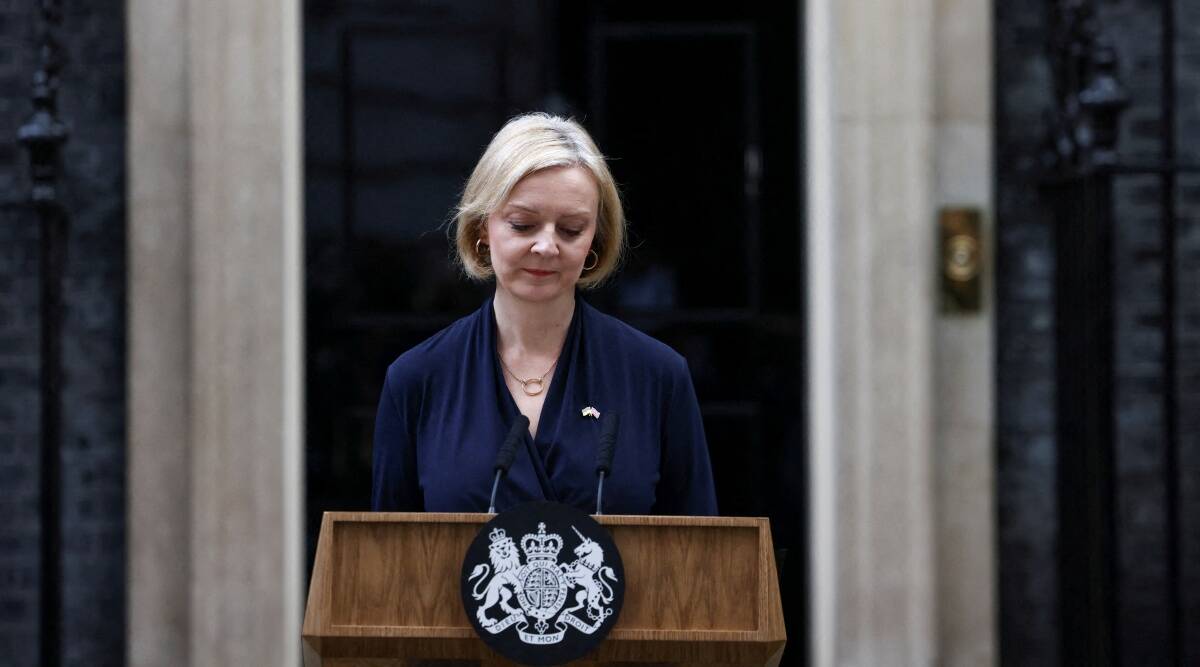 Liz Truss has resigned as the Prime Minister of the United Kingdom, ending another chaotic phase under the Conservative Party’s tenure.

In her resignation speech, she stated she took charge under difficult circumstances, when Britain was facing rising inflation and the EU was at risk due to Russia’s war with Ukraine. She also listed out some of her party’s achievements, such as introducing energy bills, cutting national insurance, lowering taxation, and pushing Britain on the path of high economic growth. However, she conceded that under the present circumstances she couldn’t deliver on the mandate given to her by the party and hence chose to resign.

Pressure has been mounting on the Truss government ever since the introduction of the “mini-budget”, which proposed massive unfunded tax cuts, sending British markets into a frenzy. The resulting market volatility increased mortgage rates in British markets and tanked the value of British Bonds, forcing the Bank of England to step into the debt market amid concerns over the depreciation of pension funds, as reported by The New York Times. The resulting backlash already saw the firing of Ms. Truss’s close aid, Finance Minister Kwasi Kwarteng.

Furthermore, another of the key members of the government, interior minister Suella Braverman, resigned yesterday, citing a technical irregularity in an e-mail she sent to a colleague, while also issuing “warnings” that the government wasn’t headed in the right direction. The last nail in the coffin was supposedly the ruckus caused in the House of Commons last night over MPs being forced to vote on proposals. It accelerated members turning on the Prime Minister, with as many as sixteen MPs proposing to resign, as reported by WION.

Truss in her address, also announced that she had consulted with the 1922 Committee of Backbenches Chairman Graham Brady, and that the party would announce the next Prime Minister by the end of the next week. It makes her the third British PM to resign, after David Cameron, and the one with the shortest tenure, of six weeks.

Rishi Sunak, her principal challenger for the post during the last party elections, is the favorite to succeed her in 10 Downing Street, according to SkyBet. With pressure mounting from the Labor Party to declare early elections and the economy still in a bad state, next week is going to be another chaotic one for the Tories.