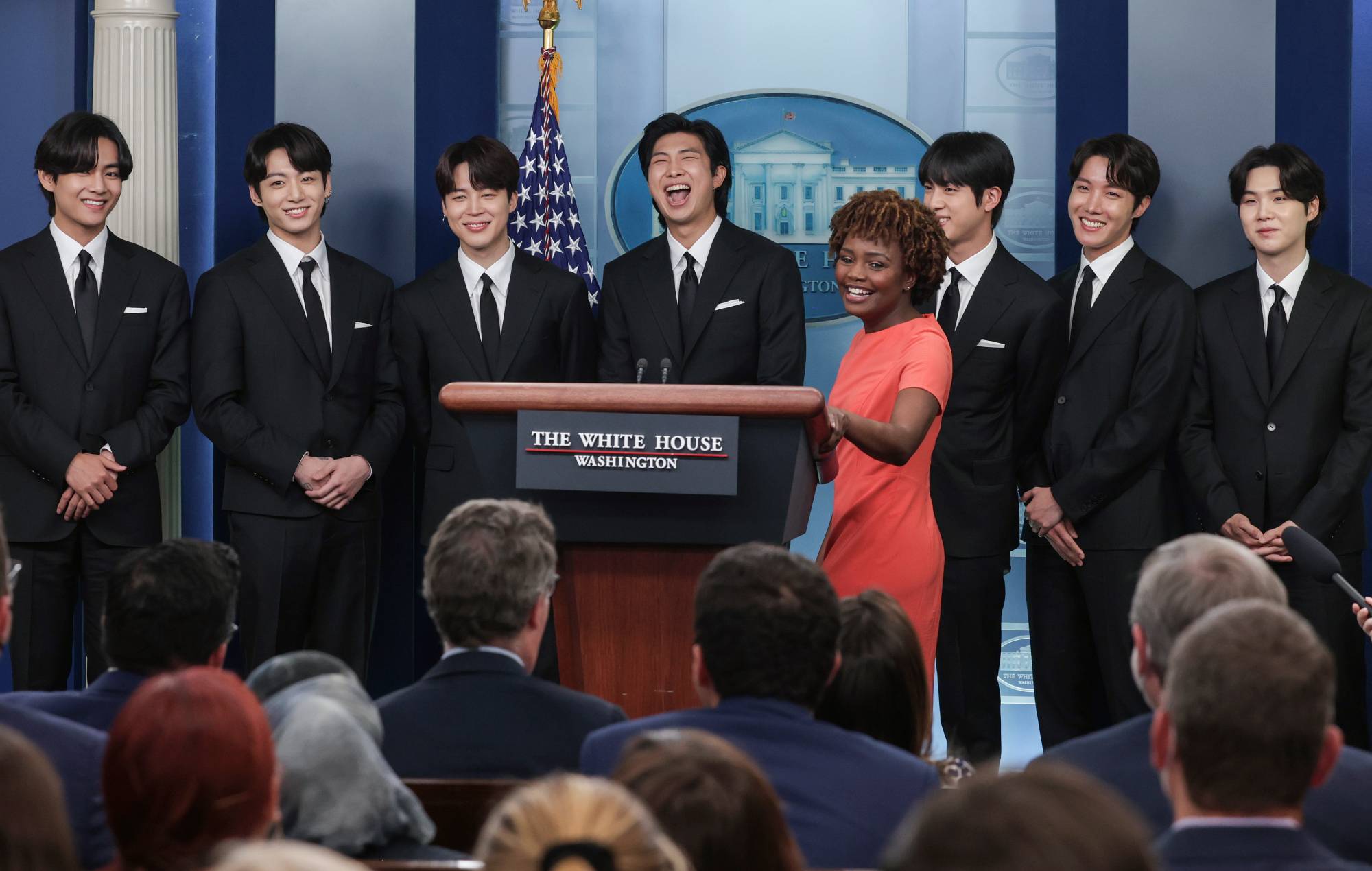 WASHINGTON – Members of the global K-Pop sensation BTS visited the White House in Washington D.C. on Tuesday in a plea against anti-Asian hate across the United States.

The band visited the White House on an official visit with President Joe Biden in the Oval Office, also taking the time to speak with the media in the White House press briefing room.

White House Press Secretary As hate crimes against Asians have risen across the United States by 339 percent, members of BTS reassured Americans at the press conference that they were there to heal the soul of the nation, one that is gripped with violence in the wake of multiple shootings and violent incidents.

BTS member and South Korean rapper Jimin spoke first at the podium, and exclaimed, “We were devastated by the recent surge in hate crimes, including Asian American hate crimes. To put a stop to this and support the cause we’d like to take this opportunity to voice ourselves once again.”

Jimin’s statement, along with others from six of the members of BTS, were given and translated from Korean, calling for a calm and stern action from millions of Americans to combat hate in their communities.

Asian hate crimes in the United States have drastically increased since the onset of the COVID-19 pandemic. After eight parlour workers were shot in a spa in Atlanta, attacks from cities ranging from New York City to San Fransisco continued to happen, scaring and worrying Americans of all creeds.

In times like these, BTS’s visit to the United States comes at a junction point to the nation’s stability and has quite promising prospects for all parties involved.

Many of the fans gathered outside of the White House wearing purple in a show of solidarity with the band as the group has emphasized the colour as a show of support for all humans alike.

The group has been a massive hit in the United States and across the globe, with songs like “Butter” and “Dynamite” topping charts across musical genres. Along with their music, BTS is also known for their philanthropy. Many of their concerts are meant to evoke feelings of euphoria and acceptance among the general populous.

BTS’s appearance at the White House comes days after President Biden’s three day Asia trip to both South Korea and Japan where he met with leaders from across the continent to talk about issues ranging from the threat of Chinese influence to the “Quad” alliance of nations looking to sanction the beleaguered nation.