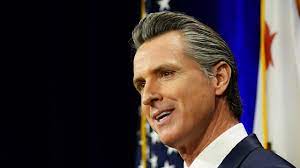 While both states have a lot of similarities, their politics are almost complete opposites. Florida is primarily a Republican state, while California is perhaps the most democratic state in the country. In terms of state legislation, Florida tends to pass conservative bills and laws, while California is extremely liberal.

In Newsom’s recent ad campaign, he criticizes recent legislation passed in Florida, and claims “freedom is under attack” in states run by Republican governors. Newsom continues, saying “Your Republican leaders, they’re banning books, they are making it harder to vote, restricting speech in classrooms, even criminalizing women and doctors.”

Newsom also stated how frustrated Floridians are welcome in California, “where we still believe in freedom. Freedom of speech, freedom to choose, freedom from hate and the freedom to love.”

Newsom is criticizing Governor DeSantis’ policies and legislation, but DeSantis is quite popular in Florida, and holds an approval rating of over 60%. It seems as Newsom is struggling in his state, as his approval rating dropped below 50% in February of 2022.

Newsom’s latest ad campaign is a response to DeSantis, as this May DeSantis claimed San Francisco is a “dumpster fire,” and was concerned people from California would relocate to Florida. DeSantis said how if they did relocate to Florida, they would also bring their bad voting habits, which “ruined California.”

There are no income taxes in Florida, and there are lower housing rates, which explains the increase of citizens. On the other hand, California is one of the most taxed states in the country, and housing prices have drastically increased since 2020.

Both states are crucial to win Presidential elections. California has 55 electoral college votes, and Florida has 29. If we see a DeSantis vs. Newsom Presidential race in 2022, both governors will need support from their home state.