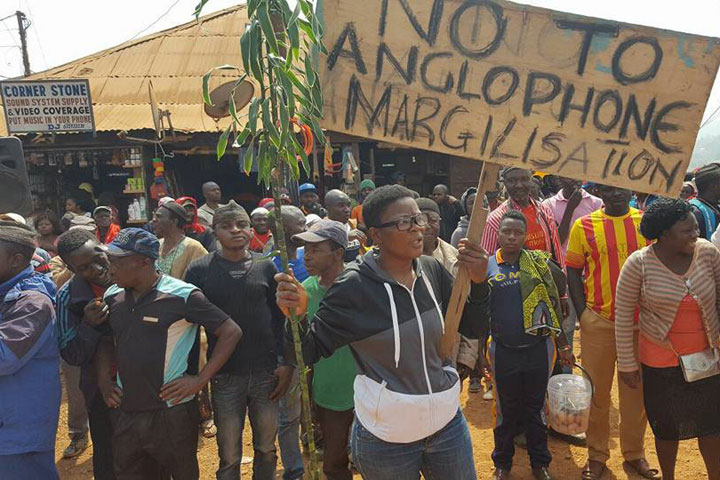 Sunday, the 29th of May, twenty-four civilians were killed and about 60 others wounded by armed separatists in southwestern, English-speaking Cameroon, where a bloody conflict is raging. According to the mayor of the region, Ekwal Martin, dozens of houses were also razed to ashes.

In his statement to  Cameroon News Agency on Tuesday, Martin said that the separatists “attacked with gunfire Sunday the village of Oboni II, near the border with Nigeria, and the toll was 24 dead and at least 62 wounded.”

Martin added that the target area is English-speaking, and is witnessing a bloody conflict between separatists and the army, often punctuated by attacks targeting civilians. He pointed out that “the separatists wanted the residents to pay them money every month, but they refused, and that is why they attacked them.”

“After the attack, some people fled to Nigeria and others to the forest,” the source said. “The village is located 560 kilometers northwest of Yaounde, making it difficult to get to. Armed groups use the isolation of these regions to enforce their own law.”

The leader of a separatist movement in Nigeria, the Biafran Nation League, said Ambazonian forces chased the villagers from Akwaya into Nigerian territory; Bashu and Danare. Princewill Chimezie Richards threatened that his group should respond should Ambazonia leaders fail to condemn the act.

In the northwest and southwest of Cameroon, there is an English-speaking minority. Some residents feel alienated from the French-speaking majority in the country ruled by President Paul Biya, 89, with an iron fist for nearly 40 years. There has been a bloody conflict between separatist groups and the army since 2017, with civilians often victimized.

Cameroon has two official languages and separate judicial and educational systems. Still, the crisis is exacerbated in the Anglophone Southwest and Northwest Provinces (the English-speaking region), where residents complain of what they see as marginalization compared to the French-speaking regions.