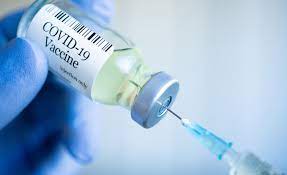 The ongoing pandemic has made India and its people face a lot of hardships over the past year. The health scare and the closing down of various types of institutions resulted in people travelling back to, or away from, their homes. Keeping the precautions in mind, various countries shut down their travel services to avoid infected people from other regions from entering their own spaces. Soon enough, airlines were suspended and train routes were blocked.

As the conditions have gotten better, people feel the need to travel back again. But now, countries have allowed the influx of new people only after a complete dose of vaccination. Countries like Australia, Canada, the UK, Russia, etc., which previously banned travel under lockdown, have gradually opened up. All this has been made possible due to the invention of vaccines.

In a news release by WHO on December 31st, 2020, they announced that the Comirnaty COVID-19 mRNA vaccine has been listed for emergency use. Hence, Pfizer-BioNTech has become the first vaccine with emergency validation from WHO since the outbreak started a year ago. Later, it was provided in the UK by the government due to an increased number of cases.

Since then, WHO has authorised another vaccine, AstraZeneca's Covisheild under the COVAX Facility. The serum institute of India has regulated the supply of this vaccine to many countries across the world. Prakash Kumar Singh, Director, Government and Regulatory Affairs at Serum Institute of India (SII), said in a communication to the Centre on Monday that the company has increased its In October, Covishield's production capacity will allow it to offer 21.90 crore doses to the Indian government and private institutions.

The next verified vaccine was Bharat Biotech’s Covaxin. It is India’s first selfmade COVID-19 vaccine, developed in collaboration with the Indian Council of Medical Research (ICMR) and the National Institute of Virology (NIV). The vaccine gained DCGI permission for human clinical trials, which began in July 2020 across India. Based on preliminary trial results, Bharat Biotech predicts that Covaxin will be at least 60% effective. (TOI)

Gujarati Family Freezes To Death On The US-Canada Border.