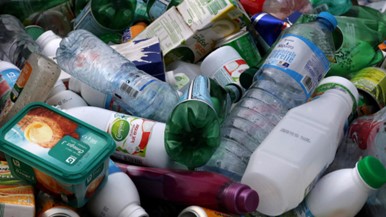 • straws (with some exceptions)

What effect will this ban have on single-use plastic consumption?

According to the Government of Canada, in Canada, up to 15 billion plastic checkout bags annually and approximately 16 million straws are used every single day. It has also been found that single-use plastics make up the majority of the litter found on the coastlines of the country.

“We promised Canadians we would deliver a ban on single-use plastics. Today, that’s exactly what we’ve done. By the end of the year, you won’t be able to manufacture or import these harmful plastics. After that, businesses will begin offering the sustainable solutions Canadians want, whether that’s paper straws or reusable bags. With these new regulations, we’re taking a historic step forward in reducing plastic pollution, and keeping our communities and the places we love clean” said the Honourable Steven Guilbeault, Minister of Environment and Climate Change.

According to The Honourable Jean-Yves Duclos, Minister of Health, the Government of Canada is “focused on protecting the health of those who live in Canada, while improving our environment.”

A report entitled ‘Science Assessment of Plastic Pollution’ informed Canada’s policy development, according to the Government of Canada.

Characteristics of the ban on single-use plastics

• The sale of single-use flexible plastic straws will be banned as of December 2023. (Exceptions will be made for persons who require them for medical or accessibility reasons).

Read more on the regulations published by the Government of Canada here.

This ban on single-use plastics will have several benefits for Canada including the move towards a more circular economy for plastic within the country, thereby reducing carbon emissions, generating revenue, and creating approximately 42,000 jobs by 2030.

Quicksilver is Invading the Arctic