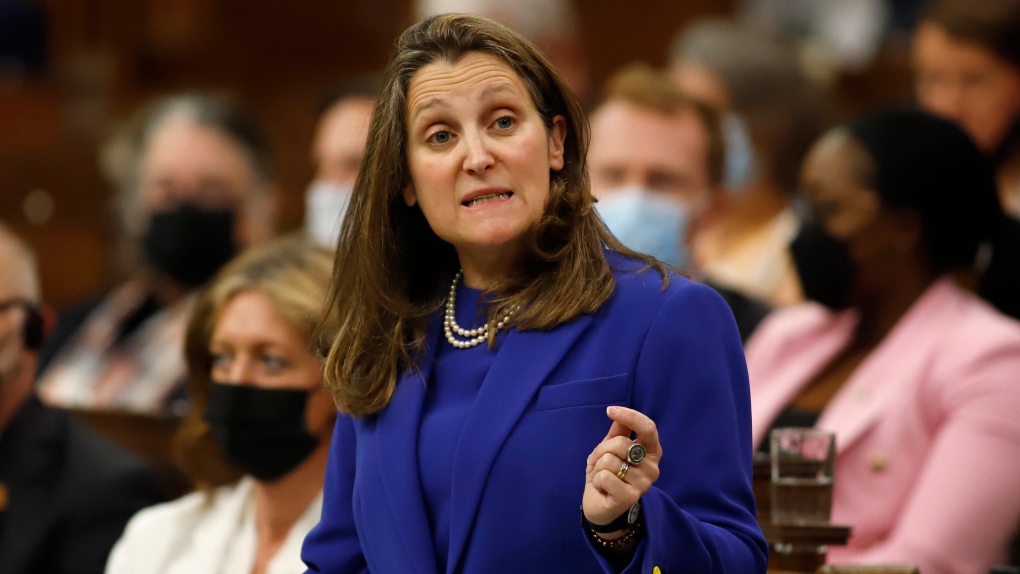 The Canadian federal government is unveiling new measures to help offset the rising cost of living. Virtually every basket of goods as defined in the consumer price index (CPI) has been increasing at alarming rates for the past year. As of May 2022, the inflation rate in Canada is now at a whopping 7.7%, the highest pace in almost 40 years. Gas prices are up almost 50%.

As a response, the federal government is tabling a plan to help Canadians pay for everyday life.

Chrystia Freeland - Canada’s Deputy Prime Minister and Minister of Finance - led the speech in Toronto at the Empire Club of Canada. Minister Freeland dubs her swath of new measures to be part of her government’s “Affordability Plan”.

Minister Freeland highlights numerous measures pertaining to all types of national benefits to address the increased cost of living:

The government is increasing the Canada Workers Benefit by $1.7 billion this year. Individual workers can now receive up to $1,395 per year in worker’s benefits, while a family can qualify for up to $2,403 per year.

The government is also providing a one-time Housing Affordability Payment of $500 for low-income Canadians that are struggling to pay their rents. The timeline of when this benefit will be rolled out is yet to be revealed. But the government states they are working on the details.

As part of the government’s previous commitment to implementing a national child-care program. Canadians can expect a reduction of daycare fees by 50% by the end of 2022 and brought down further to an average of $10 by 2025-2026. In addition, the national program is set to increase capacity for mostly publicly licenced spaces by 250,000. However, child-care advocates are calling for more spaces and increased wages for child-care workers to sustain this program over the long term.

Although not part of the “Affordability Plan”, the Canadian government is introducing a new ‘Canada Disability Benefit’ to help persons with disabilities pay for their daily living expenses. This benefit will be indexed to inflation and will help top up the current provincial patchwork of disability benefits.

This benefit comes after a public call from senators, MPs, and advocates demanding the government to reintroduce the benefit in legislation after it died when the current Liberal Party dissolved parliament for a snap election.

As part of the government’s supply-confidence agreement with the NDP, the government is moving forward with providing free dental coverage for Canadians earning less than $90,000 per year, starting with children under 12 in 2022. Moreover, Canadians earning under $70,000 a year will have to pay no co-payment when they visit their dentist.

The eligibility of this dental program is set to expand for Canadians under 18, seniors, and people with disabilities in 2023. With full implementation by 2025.

Dental care has been an obvious gap in Canada’s healthcare system. The government is thus looking to cover that gap with this dental care program. Canadians that have had trouble paying for dental care will now a have a public insurance program to assist them.

The government is also poised to increase the Canada Child Benefit, a monthly benefit given to parents to help them pay for raising their children. Moreover, the GST credit, a quarterly benefit that helps offset the goods and sales tax that Canadian pay (GST), is also being increased. While no fiscal details about the amount of increase have been mentioned by Minister Freeland, further information will be revealed in the coming months.

Both of these benefits should help the average Canadian pay for the rising cost of goods and services for themselves and their children according to the government.

The vision of this plan is laid out by Minister Freeland, she says her government “...is going to put more money in the pockets of Canadians at a time when they need it most”.

However, Minister Freeland further states that she “does not underestimate the economic difficulties and uncertainty of the months to come”. In other words, the Canadian economy may be looking to tougher times ahead before things become better.