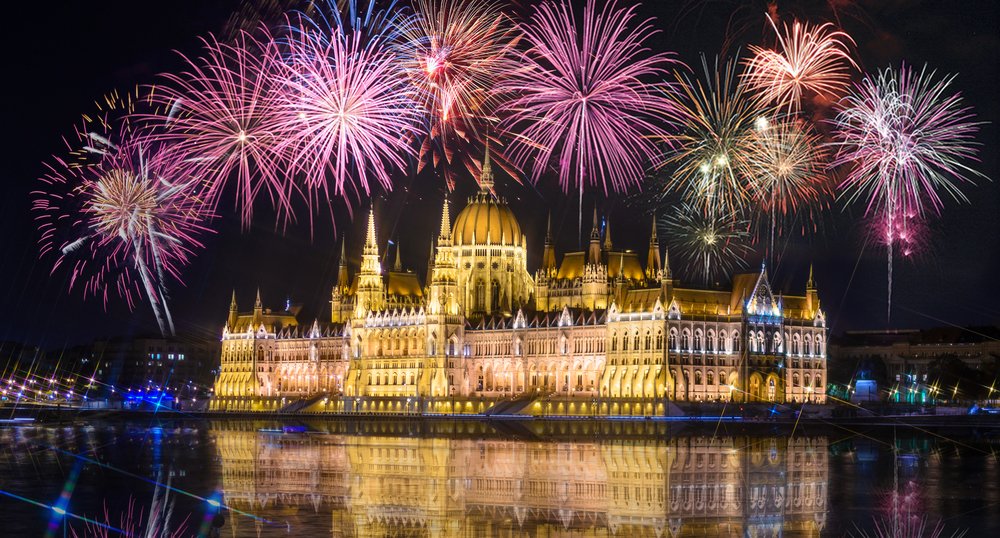 Today, on the twentieth of August, Hungary is celebrating its 1022nd year anniversary of its foundation. On the rise of the year 1000, Stephen I (St. Stephen) was enthroned and with his rule the creation of the Christian Hungary was begun.

Even though there were various plans for the night, the event was cancelled at the last minute due to unsuitable weather conditions. Consequently, the 1.3 billion forints (roughly 3.2 million euros) worth parade was rescheduled to next Saturday at 21.00. Despite the pressure to cancel the event altogether this year due to the critical economic factors, the government sustained the programs with postponement, reported by Euronews.

In accord with the plan, 230 points would have been used to activate the fireworks simultaneously, under the monitoring of the Hungarian army. Nevertheless, even before the decision of the authorities to delay the festivities, a part of society – largely the youth - refused to assist with the event citing that it would lead to the degradation of the environment. To express their opinion, a Facebook event was created under the name of “I DO NOT PARTICIPATE IN THE FIREWORK PARADE ON THE 20TH OF AUGUST”.

Regardless, in the morning the constitutional events took place. Three Gripen aeroplanes flew by the city of Budapest, drawing contrails in the colours of the Hungarian flag. The statutory celebrations with the passing-out ceremony were orchestrated in order.

According to Euronews two million visitors were expected this year. Every year millions of Hungarians celebrate this momentous event on the streets. This is the largest festivity of the year in the country. In the capital, Budapest every soul is on its way to see the fireworks and many travel from the rural areas to enjoy this grandiose day. It was announced in advance that the Hungarian beer, Borsodi is 350 forints which is equivalent to 90 cents, making it an appealing deal and a promising night.

Concerning the storm, the official decision was made based on the regretful events in 2006, when a similar situation occurred - and the show went on while paying for it with five people's lives. In the sudden change of weather, overcrowding and natural accidents created a tragic day for the memorial day.