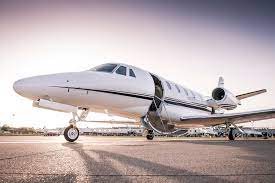 This week, Kylie Jenner faced heavy criticism for taking her private jet on a 17-minute flight. Social media users on Twitter and Instagram attacked the 24-year-old socialite, calling her a “climate criminal.”

Jenner posted an Instagram photo of herself and her partner, rapper Travis Scott, standing between two private jets. Many users claimed that the couple’s boasting about their luxury aircraft showed their blatant disregard for the environment.

Celebrity Jets, a Twitter account that uses company data to track celebrities’ aircraft use, was the first to release the information on Jenner’s quick flight. The jet took her from Van Nuys in Los Angeles to the town of Camarillo, which would have taken about 40 minutes by car.

If Jenner were to have sacrificed those 23 minutes to take her journey by car, she would have caused a fraction of CO2 emissions. According to the European Environment Agency report, traveling by plane emits about five times more CO2 per kilometer than traveling by car.

And flying by private jet has an even more significant environmental impact than flying by a commercial vehicle. Because private aircraft carry so few people, they are five to 14 times more polluting than commercial planes.

The problem goes far beyond Jenner and her partner; they are not the only celebrities to take advantage of private aircraft when it is hardly necessary.

Many celebrity flights are to park an aircraft at a more convenient or less expensive location. Most of these trips lack a clear rationale, such as boxer Floyd Mayweather’s decision to fly 14 minutes from Las Vegas to Henderson, then 10 minutes back to Vegas the same day.

These quick flights threaten environmental stability; aviation currently contributes around 4% to human-induced global warming, more than most countries do. If celebrities continue to travel in this unnecessarily lavish style, that staggering percentage will increase.