Chanu won the first medal for India in Tokyo Olympic 2020 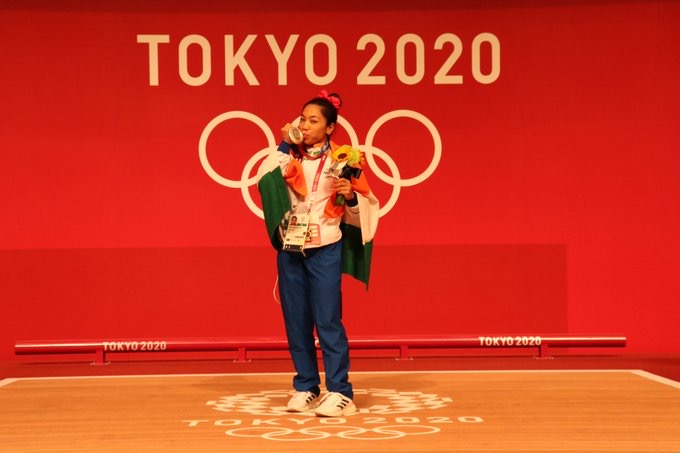 Could not have asked for a happier start to Tokyo2020! India is elated by @mirabai_chanu's stupendous performance.

In her interview with India Today, she said that her struggle for over Five years finally paid off "My dream has been fulfilled. I am very happy and I can't express the feeling. I felt like I was in a dream when our Prime Minister called me and congratulated me.

Chanu was made a regular presence in international events since 2014, in the 48 kg women's weightlifter category. She has won multiple medals at commonwealth games. She was awarded Padam Shri by the government of India for her contribution to Indian sports.

Sourabh Choudhary booked his spot in men's 10m Air pistol and qualify the score of 586. While Deepika Kumari and Pravin Jadhav mixed team successfully run to the top by defeating Korea in the quarters. But Indian women shooters got no luck as Elavenil Valarivan and Apurvi Chandela fail to qualify for the women 10m Air rifle qualification round. Boxing ring does not seem a good start as Vikas Krishna is badly defected by his Japanese opponent.