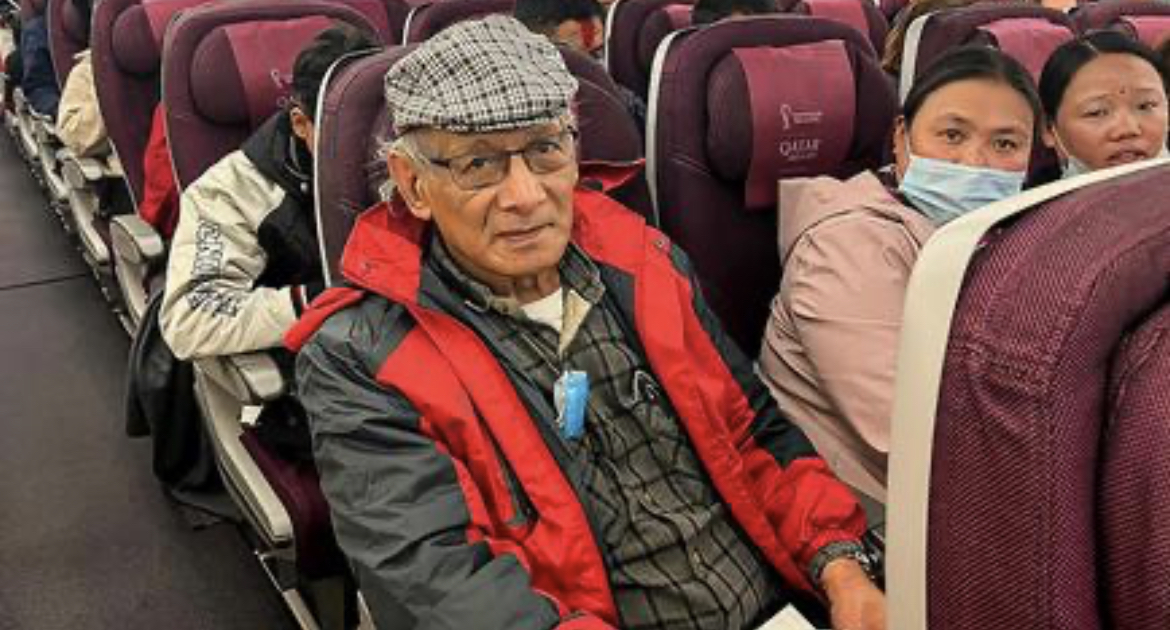 After nearly two decades in prison in Nepal, Charles Sobhraj, a convicted killer who police believe killed more than 20 western tourists on the "hippie trail" through Asia in the 1970s and 1980s, landed in France on Saturday.

The 78-year-old said, "Yes, yes," when asked if he believed that his status as a serial killer had been mischaracterized.

On Wednesday, Nepal's highest court decided that he should be released for medical reasons and deported to France within 15 days.

He was freed on Friday and put on a flight from Kathmandu to Paris via Doha, where he was scheduled to land early on Saturday.

He was charged with the murder of a young American woman whose body was discovered in a bikini on a beach in 1975. He subsequently gained the moniker "bikini killer" and was implicated in over 20 homicides. He was imprisoned in India for 21 years after being apprehended there in 1976, except for a brief escape attempt in 1986 when he drugged the prison guards.

The "The Serpent" television series, which was co-produced by Netflix and the BBC, provided a detailed account of Sobhraj'slife.

Sobhraj, who was born in Saigon to an Indian father and a Vietnamese mother who subsequently wed a Frenchman, began a worldwide life of crime and, in 1975, found himself in Thailand.

He would befriend his victims, many of whom were Western hikers travelling on the hippy path in the 1970s while posing as a gem merchant before drugging, stealing, and killing them.

One of the founders of the Himalayan Times newspaper, writer Joseph Nathan, saw him playing baccarat at a casino and had him arrested.

Sobhraj was given a life sentence by a Nepali court the following year for the 1975 murder of American tourist Connie Jo Bronzich. He was also convicted guilty of killing Bronzich'sCanadian partner ten years later.

Sobhraj insisted from behind bars that he was not responsible for either murder or that he had never visited Nepal before the journey that led to his arrest.

Thai policewoman Sompol Suthimai had lobbied for him to be extradited to Thailand and tried for murders there. Her work with Interpol had been crucial in obtaining the 1976 arrest.

But on Thursday, he told AFP that neither he nor the criminal he had been pursuing were any longer young, thus he had no objections to the release.