China factory fire leaves 38 dead and two injured. The accident broke out in the Wenfeng district, named the "high-tech zone." 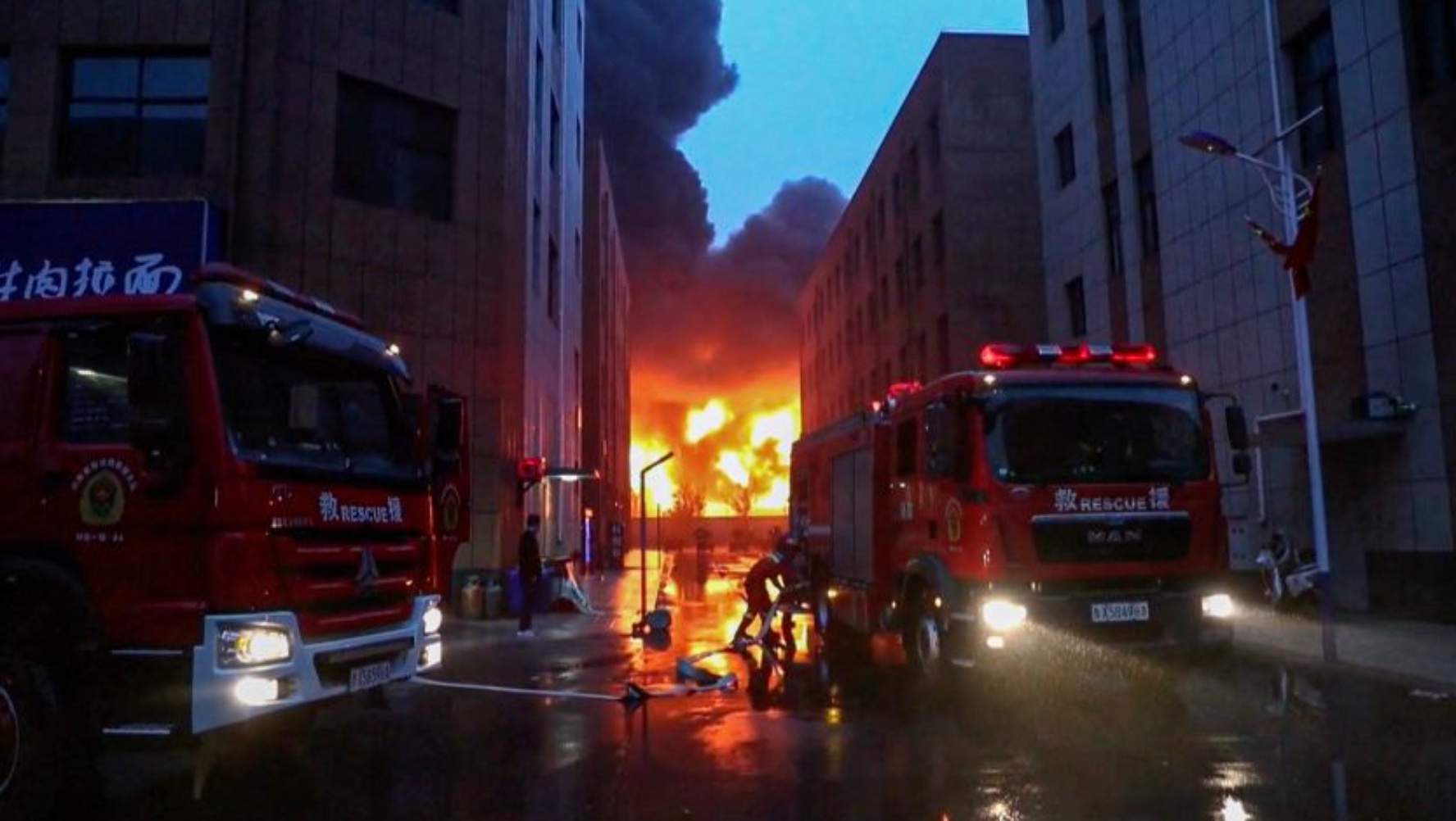 At least 38 people have been killed and two others injured in a factory fire outbreak in Anyang, central China's Henan province. The injured have been taken to nearby hospitals for treatment and dressing for minor injuries.

The fire started this Monday, November 21, at 4:22 p.m. and was controlled at 8:00 p.m. (local time). At midnight all open fires at the scene were extinguished. According to CCTV (2022), "After receiving the alarm, the municipal fire rescue detachment immediately dispatched forces to the scene."

In the investigation of the causes of the fire.

Videos and pictures of the event circulating on Chinese social networks show how a large column of black smoke originated at the event scene. Click HERE to watch the video recorded by CNN showing the flames and smoke engulfing this Chinese factory.

The fire immediately achieved great notoriety on different social platforms, thus receiving five million views a few hours later and where condolences to the victims and basic fire safety reminders were piled up.

It is not the first time that a catastrophe has hit this Chinese province.

The reason for the fire's origin is unknown, although the authorities have investigated that the suspects related to the incident have been placed under police control.

‘’Presumed criminals in custody." This is the response of the Chinese authorities after the terrible incident, which has caused at least 38 deaths according to the latest figures - was discussed in a start of 36- and two wounded. The events took place in the central Chinese province of Henan.

In 2015, a massive explosion at a chemical warehouse in Tianjin, northern China, left 173 people dead, mostly firefighters and police officers. Furthermore, it was found that the chemicals were carelessly stored and that local officials became complicit in turning a blind eye to the threat.

The province, with significant economic importance and heavily populated, has registered many incidents with a lethal balance that has led to the arrest of local officials. Five officials were arrested after a building collapsed last April, killing 53 people, on the outskirts of Changsha, the provincial capital of Hunan province.