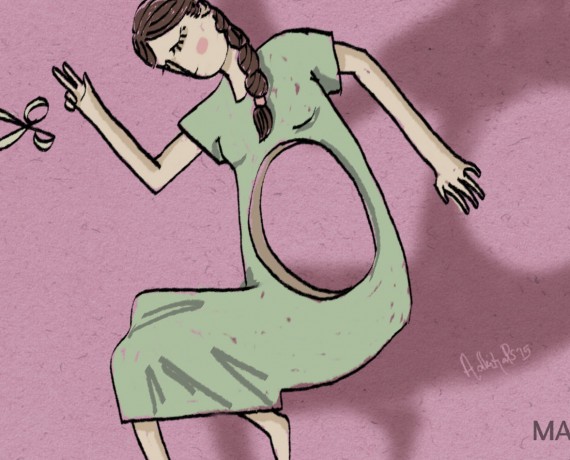 2019, Documentary- One Child Nation,  was conceptualized by a mother, who has uncovered China's family policies of having a single child. “I really don’t know how much I have delivered. What I know is that I have aborted 50,000 to 60,000 infants until now, 84- Year old wife.” Having a one-child policy was a strict rule of China’s government and unwillingly people had to obey it or else their children were taken by the government. The harsh reality is shown in the documentary, wherein,  in case the parents denied to do Abortion, their houses were demolished. The most unbearable reality that was shown was of throwing fetuses into the garbage.

But what made China change its firm policies? Astonishingly, China government has issued new guidelines to reduce the abortion rate for non-medical purposes. Feminists and Academicians had raised this concern for women 's development. On Monday, China developed its 10- year plan for women's development.  It was a detailed proposal based on China's gender-biased policy. " The basic national policy of gender equality and the principle of giving priority to children need to be implemented in-depth," said Huang Xiaowei, deputy director of the State Council's National Working Committee on Women and Children.

For more than 35 years China emphasized the policy of having one child. Their main motive was to prosper the country rather than the individuals. From 1980-2015, China was known in the international media for its strict implementation. After years of putting this limitation, China is now aiming for larger families. In 2015 one-child policy was removed and the families were permitted to have two kids. In June, they had allowed families to have three children instead of two. The government has also assisted in family financial planning. This step is taken to encourage men to share equal responsibility along with women in their pregnancy period. Not only this, but they are also working to create awareness regarding sex education in the country and strengthen the post-abortion and post-childbirth family planning.

A similar kind of plan was also released in 2011 but people of the country didn't consider it. " This isn't a new policy. But before, people did not pay attention to it," said Feng Yuan, the founder of Equality, a Beijing -based organization.

Most of the families in China prefer boys to girls that leads to abortion cases. Sex-selective abortion cases are illegal, and women must provide a certificate of medical necessity if they have to go for an abortion. In 2018 there were 9 million abortion cases that were highly unhealthy practices, leading to infertility issues.  Earlier using contraceptives was not an easy task for women. "Chinese Women are always forced by the state and used by the state," Ms.Lu has commented.

The government is now encouraging families to have more children as they have a low birth rate. But the tragic situation is that the woman who was forced to abort their child is now being supported by the government to give birth. Li Ying, a women's rights lawyer, accused the government of not giving women the liberty of raising their children.

For women’s development, they have targeted to achieve a 45% employment rate in the upcoming next 10 years in women sectors. Presently they constitute 43.7%. Equality will be propagated in terms of opportunities and even the salaries provided to them. Any biases observed based on gender inequality will be highly charged. During their pregnancy tenure, no page will be cut from the salary. Who knew that Chinese women spent 1.5 extra hours on performing household duties than men? Apart from the household chores, they are also implementing policies there that will increase the ratio of women in politics. Up till now, only 24.9% of women were involved in politics.

The current population of the country is 1,408.09 Million. After keeping the strict law of having a one-child policy, China has always topped the charts of population. In 2021, China is at position one followed by India and the United States according to US Census Bureau Current Population. The main issue the country is facing is that most of the population is elderly, which certainly doesn't add to the growth as youngsters do.