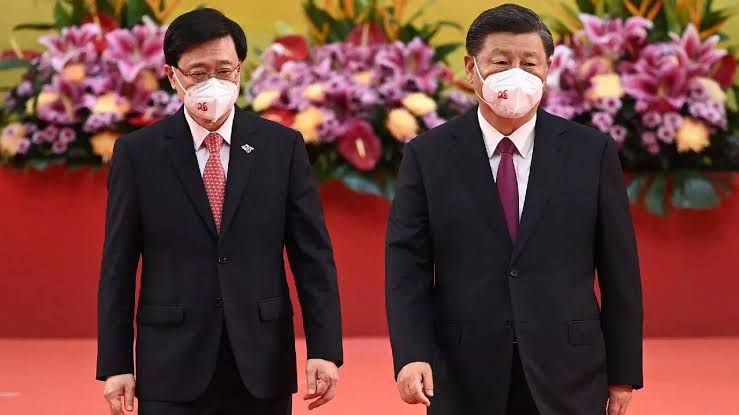 The disappearance of Chinese President Xi Jinping left the masses bewildered. The President went on a trip for the first time in two years earlier this month. He left the people of China and the world questioning his existence. His absence from the media generated speculation of a 'coup' on social media, further stating the #Chinacoup trend for days.

According to state-run news agency Xinhua, President Xi emerged in a face mask while visiting the exhibition in Beijing Tuesday about China's accomplishments in the last ten years. Six members of the Politburo Standing Committee attended the Chinese leader as a show of support after suspicions about a threat to his authority spread on Twitter. Giving the rumors a rest, President Xi made his first public appearance amid social media speculations of a covert coup d'état in Beijing.

The disappearance of the Chinese leader is said to be expected of any Chinese President. However, President Xi was out of the media spotlight for more than a week. George Fahrion, the Beijing correspondent for the German news outlet Der Spiegel, claimed that Xi Jinping had carried out his inquiry at significant personal risk. At the same time, he was making fun of the coup allegations by tweeting pictures of everyday Beijing life.

The stringent measure of the Covid-19 protocols covered his absence, which required a seven-day hotel quarantine, followed by three-day home isolation, for any visitors from abroad. It was the second occasion when President Xi appeared to be following the Covid Zero laws of his country.

China still follows the Covid protocols with its strict following of the Zero policy to eliminate infections. While Xi's recent tour of Central Asia signaled his return to the global scene, the Chinese President showed a more cautious attitude toward the epidemic than his contemporaries. When meeting with various colleagues, Xi covered his face, and he skipped the meal without a mask at the Shanghai Cooperation Organization conference in Uzbekistan.

The Chinese Communist Party (CPC) quelled the rumors and speculation about an internal conflict regarding Xi's continued leadership. Party declared on Sunday that all delegates, numbering close to 2,300, had been "elected" for the Congress following Xi's rules. The CPC announced in a statement that 2,296 people would be "chosen" to attend the upcoming 20th National Congress of the CPC on October 16, reported by The Indian Express.

According to the statement, the delegates were chosen via procedures mandated by the CPC Central Committee, per the Party's Constitution, and the Xi Jinping Thought on Socialism with Chinese Characteristics for a New Era. Many officials were jailed, three with a two-year reprieve this week for corruption, and Changchun's Intermediate People's Court, located in the Jilin Province of northeastern China.

Sun Lijun was sentenced, an accused former vice minister of public security leading a political clique hostile to Xi, to death on Friday with a two-year reprieve for accepting bribes, manipulating the stock market, and illegally possessing firearms.

According to official media in this country, Wang Like is a former Jiangsu official. He was also given a death sentence with a two-year remission for bribery, conspiring with criminal groups, and fabricating identification documents.

CPC summons a Congress every five years. This Congress is essential as the century-old party is undergoing a leadership transition. Moreover, President Xi's 10-year term as leader of the party, the armed forces, and the presidency is about to end.