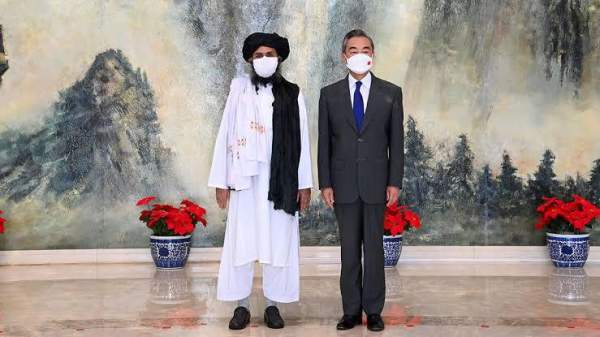 Since the fall of Kabul and the Taliban taking over Afghanistan, China has been one of the very few and one of the first nations to acknowledge the terrorist group. China has asked all member states of the United Nations to “guide” the Taliban and that all parties should make contact with them. According to the Chinese, the takeover of the Taliban is the “will of its people” and it should be respected.

Why is China proposing for the Taliban?

Although the Chinese have not yet officially comprehended the government of the Taliban, they have been voiced and implying towards friendly relations with them. Afghanistan is strategically crucial for building Chinese presence in central and south-east Asia Afghanistan’s economy is very fragile, being heavily dependent on foreign funds and aid, which will be cut off for obvious reasons. China will be ready to invest heavily in Afghanistan as long as extremism is not exported. Afghanistan as per estimates sits on 1 trillion dollars worth of minerals according to a US military report.

Mining activities could not be held over the years in the war-torn country. The country was no magnet for foreign investors due to the war, political instability, corruption, and lack of infrastructure. Afghanistan currently sits over large piles of gold, platinum, iron ore, and other rare earth resources. It is stated in the US military that the war-torn nation could be “Saudi Arabia of Lithium”, which will have a desperate demand all across the globe as the demand for electric vehicles increases.

The US has left and the Chinese will be the next ones coming in. China will be eyeing these reserves and the Taliban looking to strengthen itself leveraging Afghanistan’s dependency on foreign funds, things will be going hand in hand for both parties. There could be international pressure on China for having relations with the Taliban.

About 35% of the world's rare earth minerals reside in China, and also a mining giant, producing more than 70% of rare earth minerals each year. As far as India is concerned, we should be trying to build international pressure on China as neighboring Pakistan will be happy to have the Chinese and Taliban close to them leaving Kashmir vulnerable.