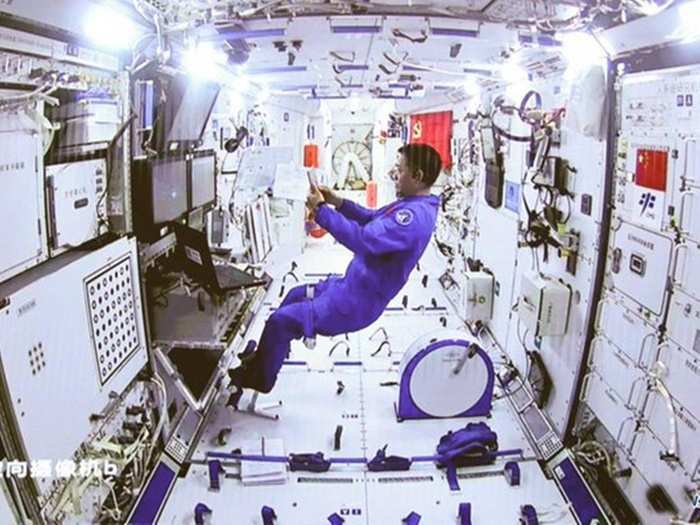 Life in space is a challenge. The fact that astronauts depend on life support materials like food, water and much more. It is a hurdle to board life support in space, and it is not a one day process. For the first time in human history, Chinese scientists have developed a system to generate and recycle water from the Urine, breath and sweat glands for an extension of three months. According to the Chinese data, cargo delivery in space is approximately 140,000 - 350,000 Yuan per kg. The Urine Recycling System can save up to 100 million Yuan($15.5 million, US dollar). China has installed the urine recycle system in their space station Tianhe core module.

One of the designers of the urine treatment system, Cui Guangzi, said that 'the process to condensate and recycle the urine into distilled water is one process, the remaining water will be used for toilet flushing.' The urine recycle will collect the breath moisture and use it for oxygen generation. China made history when they successfully launched the spacecraft Shenzhou-12 on a three months mission in space. The urine treatment system is undergoing verification for a further check so that it can be utilized and recycle water. The fact that water evaporates at 30-40 degrees celsius in urine form, but it does not happen in space, can aid the crew to save water by the urine treatment system.

Cui Guangzi, a researcher at the second institution of the Chinese Aerospace Science and Industry Corporation Limited (CASIC), stated that; distillation is performed at a low pace in space because the boiling points of liquid are insufficient and at reduced pressure. The reason behind the separation of vapour from urine is gravity. The Chinese scientists could continue with the expensive process of storing vapour in the refrigerator to cool it down because it is expensive and not sustainable. The urine treatment system will convert vapour into the water through a high-pressure tank and make steam in liquid without cooling it down.

China's plan to save not only millions of dollars but also litres of water is unique and eco-friendly. The system can also recycle the water exhaled by astronauts, and the urine treatment system can easily recycle 2 litres of wastewater. The process of water recycling in space is unique since there will be ions present in the water. The urine treatment system will condensate and remove toxic ions from the processed water. Oxygen is the sole requirement of life in space, without which astronauts cannot sustain themselves in space. China has also managed to convert the processed water into oxygen with the help of electrolysis (the process through which electric current is passed) to break up oxygen and hydrogen atoms, and it depends less on expensive ways.

China's space mission is for three months to six months, and to survive in space, an organized plan is needed, which is why the oxygen system is created. The high maintenance in space and spacecraft is not futuristic, that is why recycling energy is valuable, like how earlier humans created fire and started cropping. China's Tianzhou-3 cargo craft along with the Shenzhou-13 will be launched next year with the hope to recycle water and produce natural energy.