Christmas Swim: An Irish Way to Brave The Cold And Spread Support 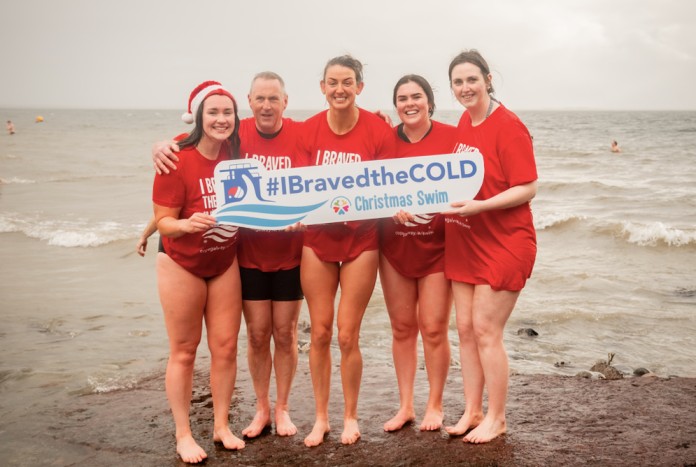 Thousands of swimmers braved the cold waters of the Atlantic and Irish Seas on Christmas morning in Ireland with water temperatures as low as 4-7 degrees. The traditional Christmas Day swim, which has now become known as a charity event, is a part of Irish Christmas traditions where people go to the sea or other water bodies to swim on Christmas Day.

The tradition has been there forever, but it became more significant 35-40 years ago when some people started raising donations by shaking baskets during the event. These events are now a way for Irish people to follow their traditions and help the vulnerable at the same time. Organizations like COPE Galway, AWARE, Dunmanway Day Cancer Unit, etc have been organizing this event for years and raising donations to support various groups of people in desperate need.

More than 700 swimmers and dippers took part in the 33rd year of COPE Galway Christmas Swim, at Blackrock in Salthill, Galway. COPE Galway mainly works for the homeless, Domestic abuse and senior support services in Galway and other counties, while AWARE provides support to people dealing with mental health issues like depression or bipolar disorder etc.

The people of Ireland are always ready to provide help and support, charity has become a part of their lives. Lisa Keevan who loves swimming said, “I started doing the swim since Covid started and Christmas swim is all about charity. The weather makes it a bit difficult but doing it makes us feel great.”

Another swimmer from Galway Michael Coyle who has been attending the event for the last 30 years said, “Christmas swim has now become a way to congregate with each other. Irish people living in other countries either come back home and take part in this or they do it in the countries they are in. It is a huge part of our society and a very brave thing to do.”

‘Christmas swim’ is slowly becoming international as hundreds of Irish people settled in various countries of the world are trying to keep the tradition alive wherever they are. COPE Galway’s Marketing and Communications head Colette Coughlan said, “Since the Covid pandemic struck in 2020, the event has become hybrid. Some people go for a swim and donate to charity, while some people do online fundraisers. It’s an event to show how the community cares about each other.”

Moreover, the increasing number of participants shows how Irish people are keeping their traditions alive and making improvements in them as per the need of the hour. Even the freezing temperatures can’t stop them from doing the right thing, this is what ‘bravery’ looks like.