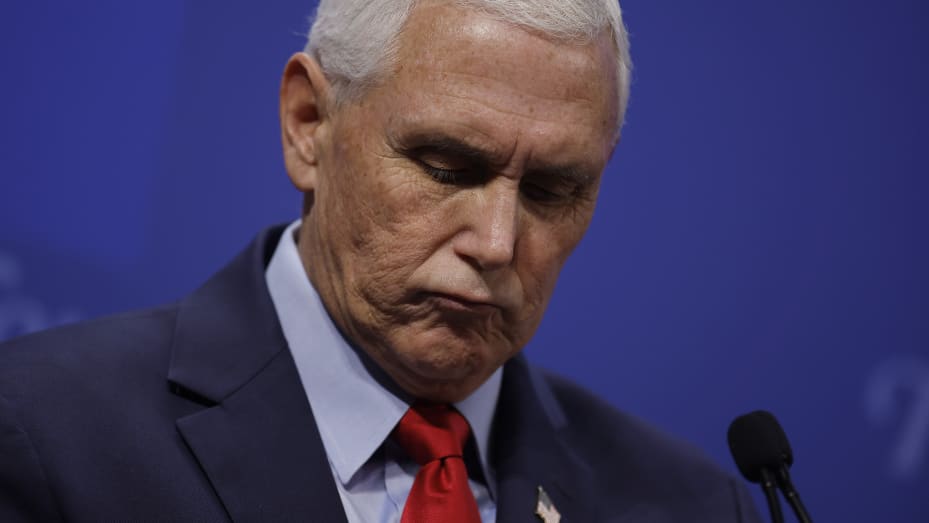 January 16th, 2023, Mike Pence “engaged outside of counsel”, according to a letter from Pence’s representative, for a preemptive search for classified materials in light of documents of the same nature being found in Biden’s home in Wilmington the past Friday.

The counsel and Pence’s lawyer and representative, Greg Jacob, ended up finding four boxes, with two that seemed to contain documents that had markings to identify them as classified. From there they contacted the National Archives.

The National Archives then informed the Department of Justice and got the FBI involved, who requested that the documents be picked. Pence, at the time, was in Washington D.C., but he agreed and they came to collect the classified documents from the two boxes they were in. The obtaining of the documents was facilitated by Pence's personal lawyer, Matt Morgan, who conducted the prior review on January 16th, 2023.

Pence has said in a previous interview with ABC News that he did not take any classified documents from the White House after the end of his term, and in a letter to the National Archives from Jacob, he says that the “...records appear to be a small number of documents bearing classified markings that were inadvertently boxed and transported to the personal home of the former Vice President at the end of the last Administration.” 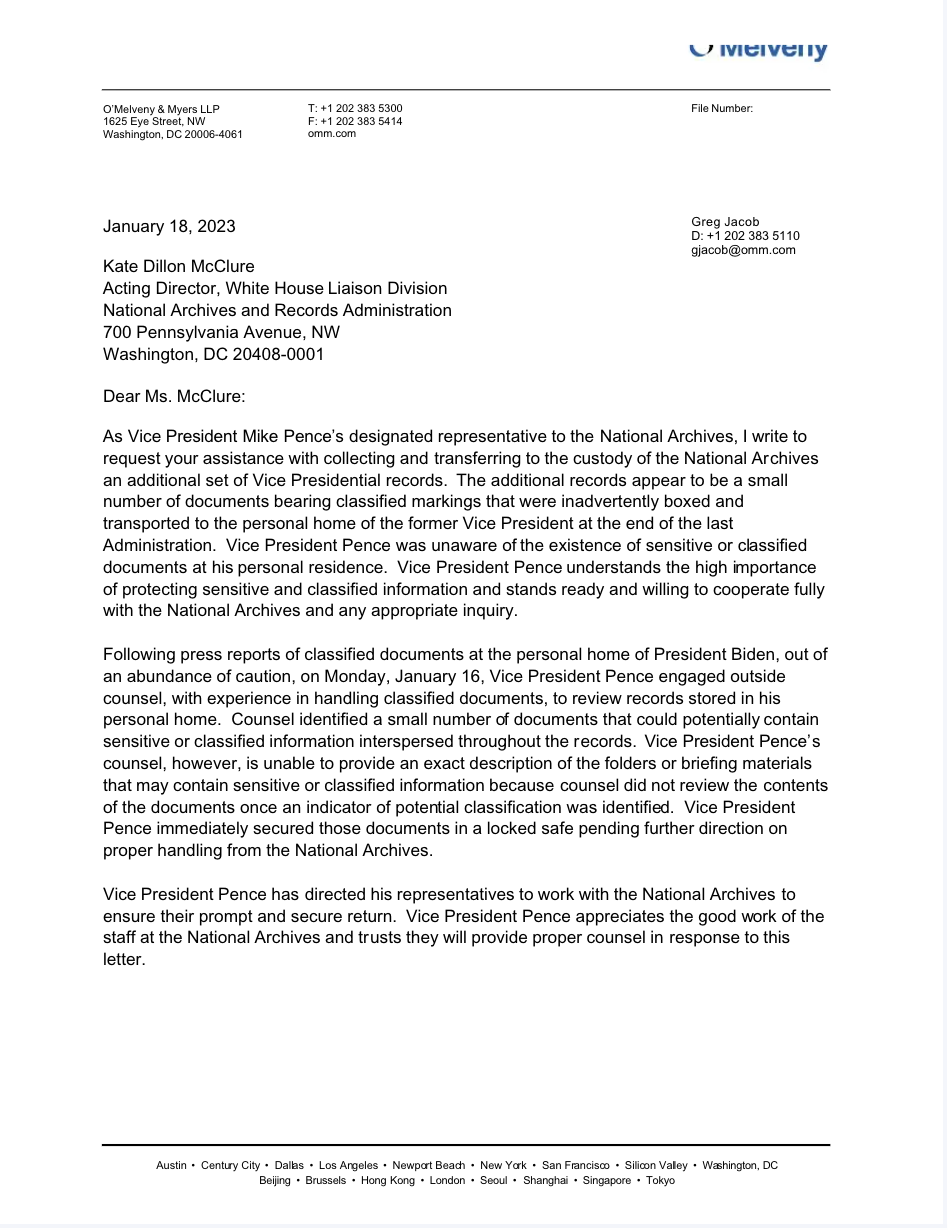 After the documents were collected, Jacob sent another letter to the National Archives explaining what was found and the events that followed. He also wrote saying he would personally deliver the rest of the documents found in Pence’s home that were requested to be reviewed under the Presidential Records Act; an act that allows the President or Vice President the ownership of documents they were involved in during their term. 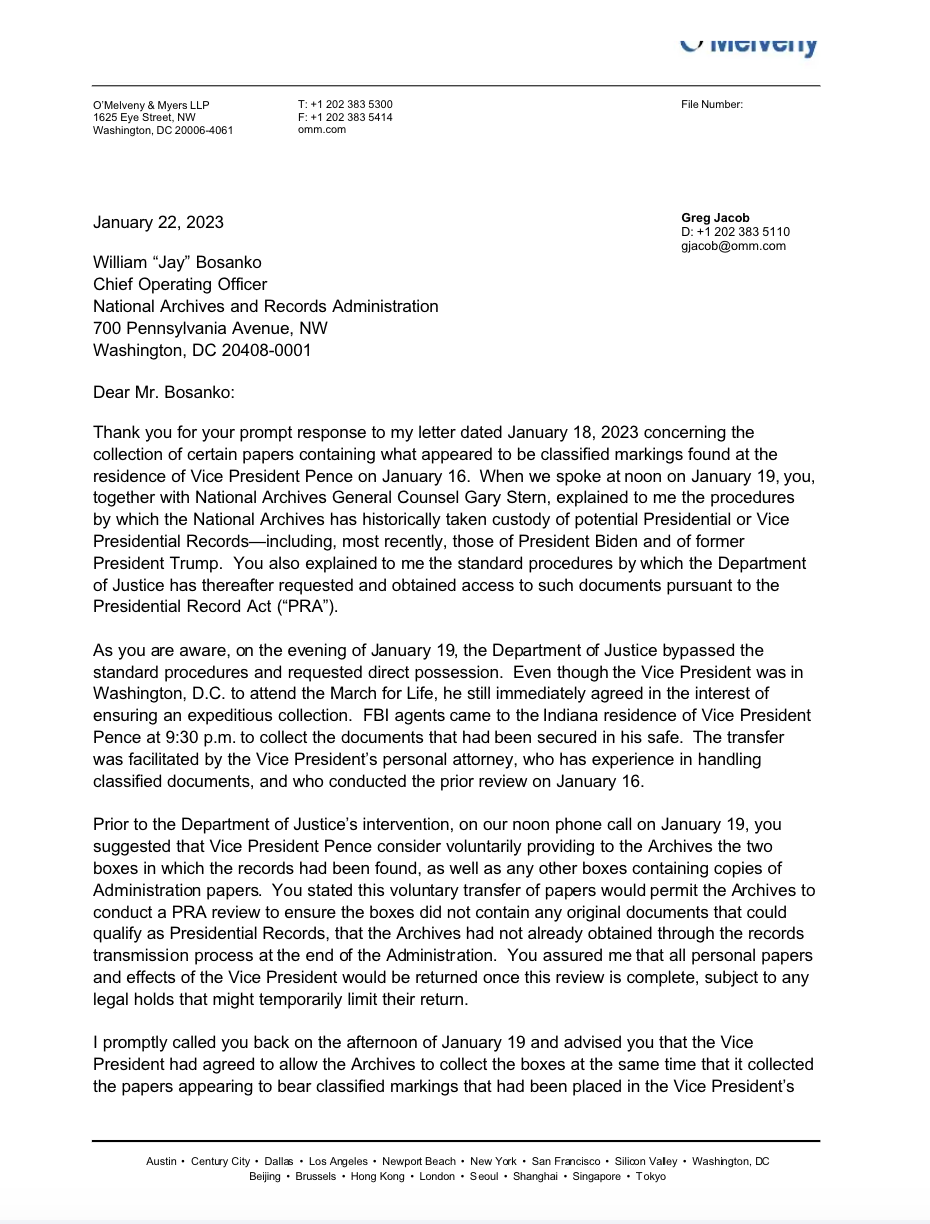 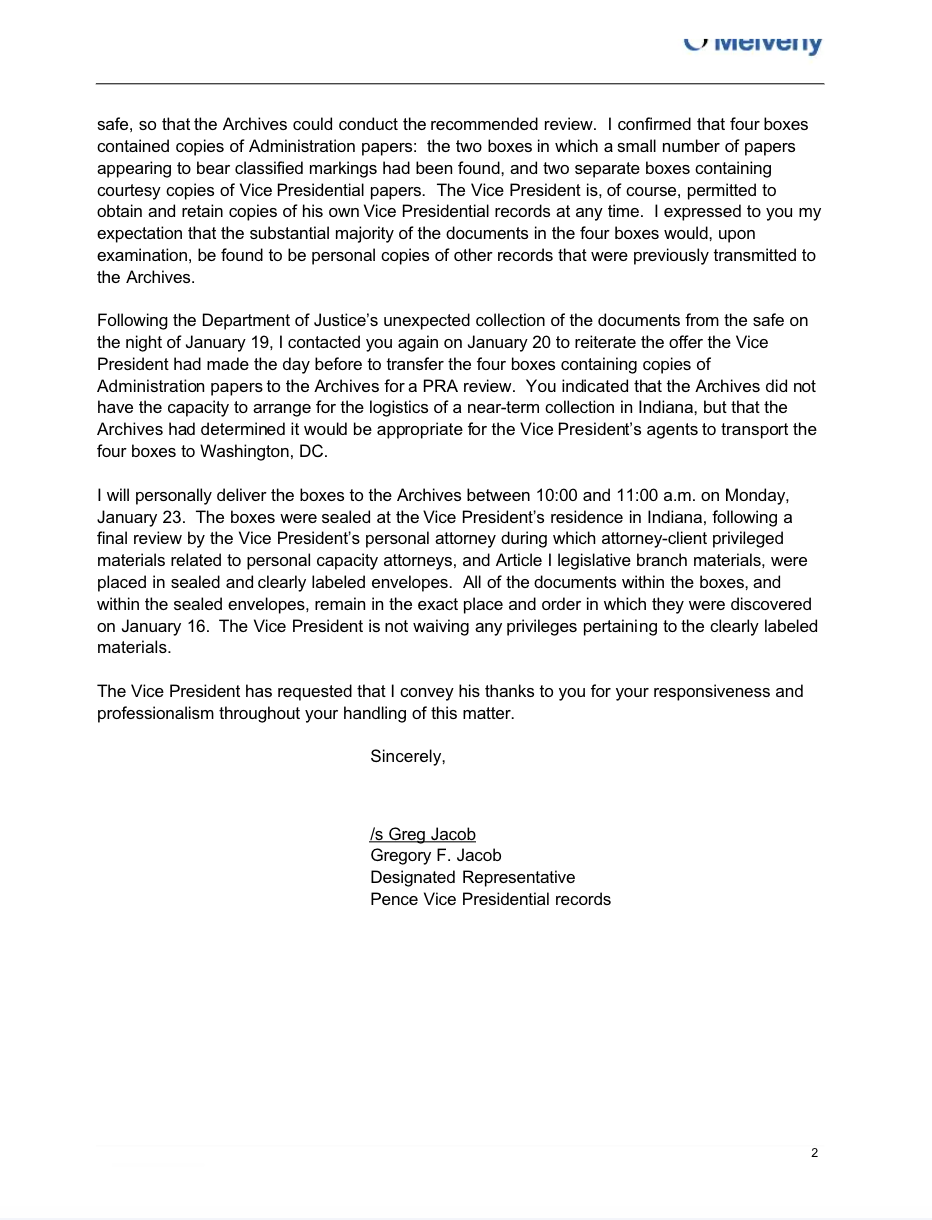 He is said to have been fully cooperating with authorities and is being compared to Trump and Biden, who also recently were found in possession of classified documents from the White House.

This term classified documents, however, is loosely defined within United States laws and can even be declassified by a president.

Trump, for example, claimed that he declassified the materials found so it wasn’t against the law, while Biden claims he didn’t know they were there, similar to Pence’s case. Attorney General Merrick Garland appointed a special counsel to determine the legality of Biden and Trump’s actions, and also declined any comment on Pence’s case.

People are now discussing the threat to national security with the possession of classified documents, and lawmakers and politicians on both sides have said they see something wrong with the current system.

This discussion circulating current politics brings up the question of if laws surrounding classified materials should be changed and enhanced with better tracking systems and regulations.