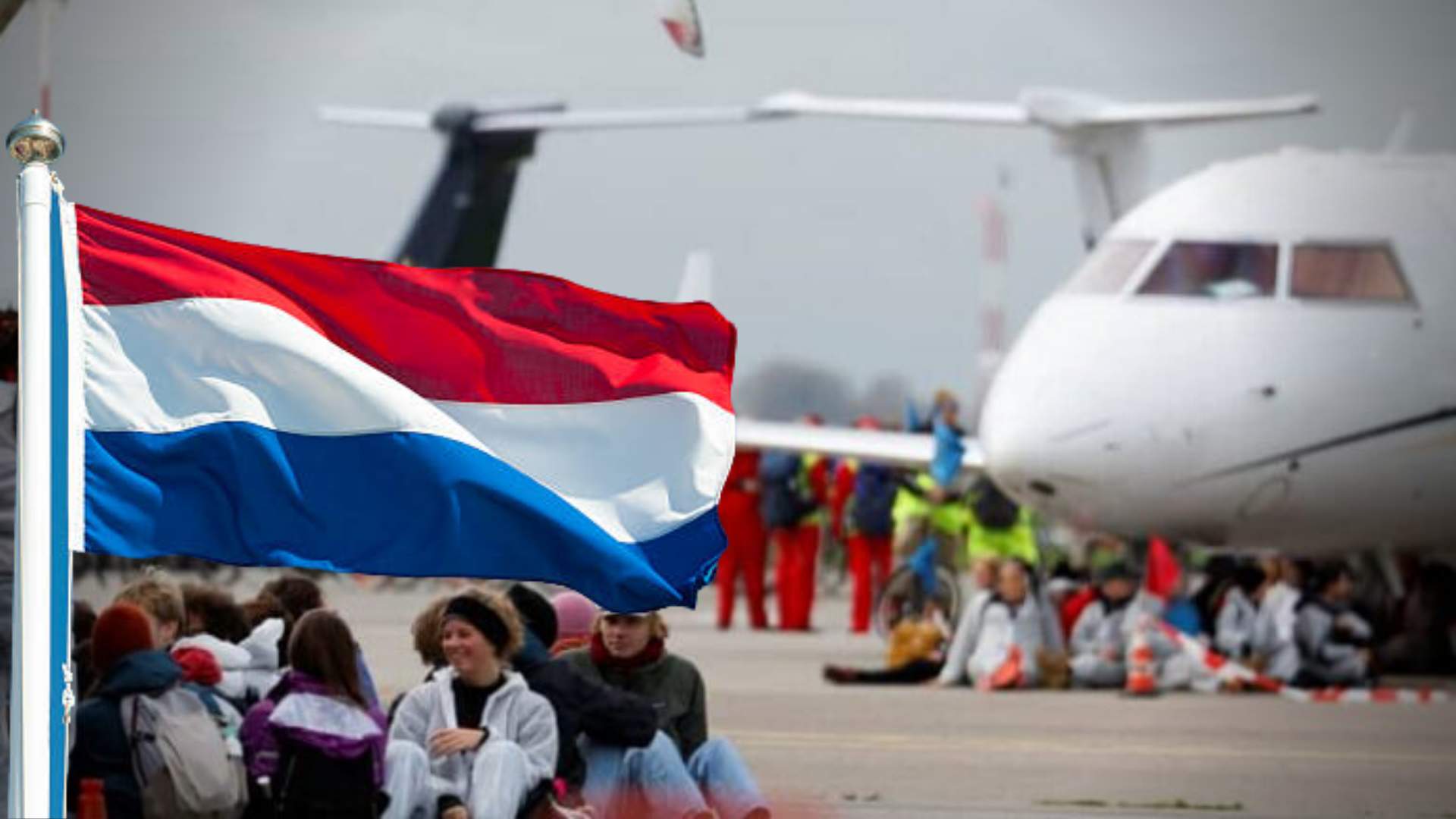 Recently at the Schiphol Airport in Amsterdam, many climate activists protested against the pollution caused by private jets. While they sat in front of the airplanes as a protest, the commercial flights were not delayed till the evening. The protest took place on November 5th, 2022, and hundreds of protesters were seen in the private jet section, where they didn't let jets fly as they were sitting in front of the wheels.

The two companies engaged in this protest belonged to environmental groups such as Extinction Rebellion and Greenpeace. Both groups protested noise, air pollution, and greenhouse gas emissions due to the aviation industry paying less attention to climate change and causing more harm than betterment. The activists also protested noise pollution for the local people.

The protestors wore white suits. The campaign leader for Greenpeace, Dewi Zloch, said that we want fewer flights, more trains and a ban on short flights and private jets. Greenpeace also reported that Schiphol has the Netherlands' most significant carbon dioxide emissions. It annually emits 12bn kilograms of carbon dioxide.

While in the lobbies of the Schiphol airport, the demonstrators carried the protests and signs which demanded more trains and fewer airplanes. The protestors have stated that they are doing the demonstrations for the betterment of Earth and that there is a good reason behind it. While the good reason is to limit the aviation services, the military police reported that the protesters detained several people on the airport property without permission.

Van Kapel, the Dutch police spokesperson, said that we take such matters very seriously. Kapel also noted that these protestors are now facing charges for being present at a place they shouldn't have been. Many activists were tracked down by the police who tried to escape riding on their bicycles. Greenpeace also said that we had flags and slogans such as 'SOS for the climate' and 'Fly no more.'

Zloch explained that the campaign/protest was to create awareness about how the elite exploits climate change. She added that the airports should be reducing the flights but instead are constructing a new terminal, and the elites are using private jets, a polluting way to travel by air. Zloch said that this puts people at different risks of experiencing climate change while the elites will find a way out of it.

In response to Greenpeace and Zloch, the CEO of Schiphol airport Ruud Sondag reported that the activists should "feel welcome, but let's keep things civil." Sondag also responded to a letter from Greenpeace and mentioned his objective to achieve "emissions-free airports by 2030 and net climate-neutral aviation by 2050."

Sondag also stated that it is necessary to come together for our environment and that the government should take strict notice and regulate laws for a better environment. Sondag said it could be achieved if we all came and worked together. While the objectives of Sondag must be completed faster, climate activists were arrested in Rome, Italy for intentionally spilling tomato soup on the painting of Vincent Van Gogh. Climate activists are attacking famous artworks in European cities.