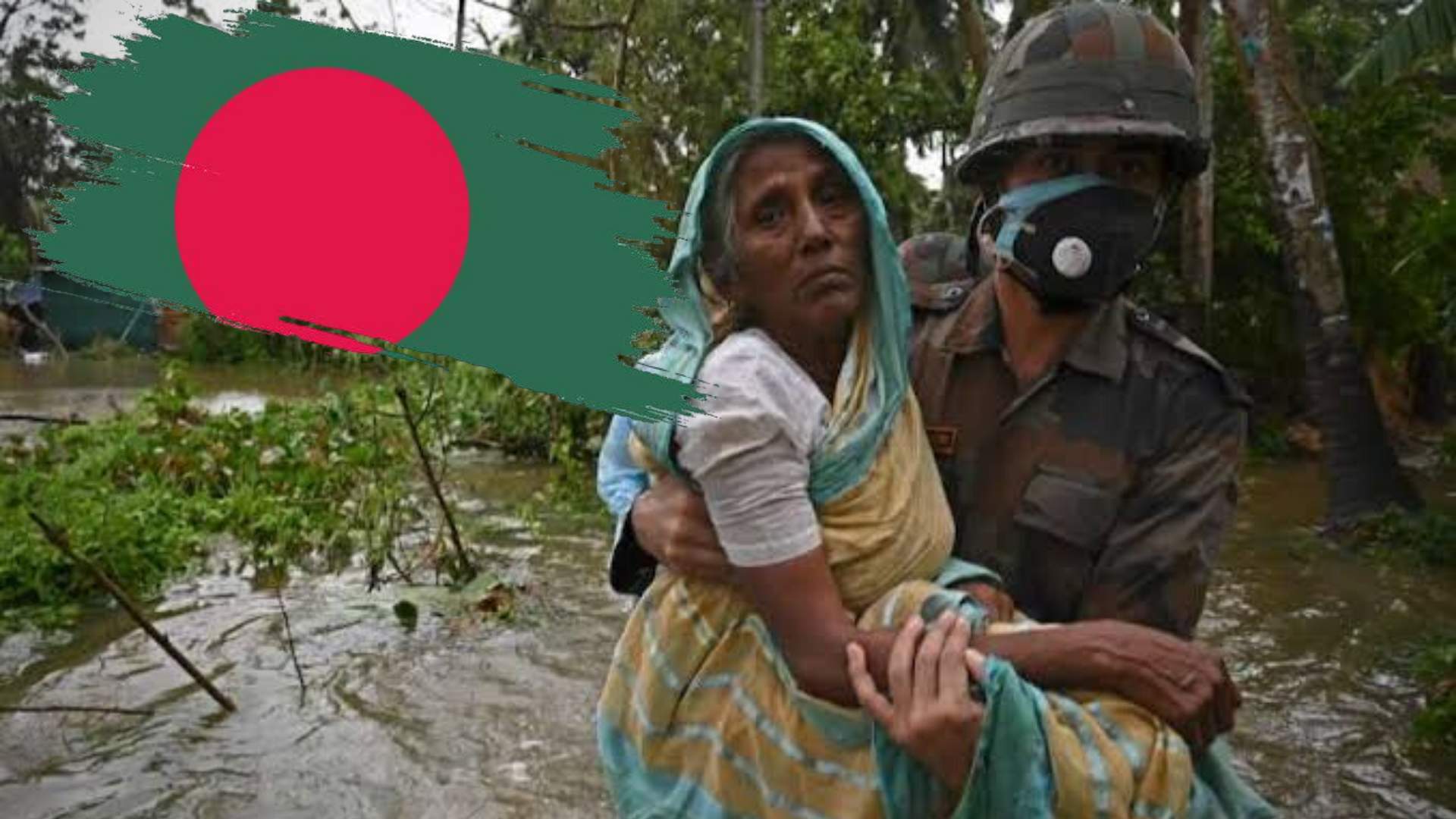 Millions are homeless or living without electricity as Cyclone Sitrang hit Bangladesh’s southern coast on October 24, 2022. AFP news agency reported three of nine individuals, including a four-year-old child, lost their lives after a tree fell in the eastern district of Cumilla. As a result, the southwest belt is experiencing a power crisis and internet disconnection, making it difficult to calculate the intensity of the destruction.

On October 27, the bodies of eight more individuals were found. They lost their lives to their boat sinking in a canal where the cyclone hit the Bay of Bengal. Although their boat sank on October 24, all eight bodies were found on separate dates due to an ebb in the tide.

What do the weather reports say?

Cyclone Sitrang, a tropical cyclone, led to a landfall along the Chittagong-Barisal coast with the wind running 50 miles per hour. Officially known as Chattogram, Chittagong is the central international seaport and one of the ten fastest-growing cities globally, according to the Telegraph. The reports were gathered from the government meteorologist Abul Kalam Mallick. He added that the coastal towns experienced 13 inches of rainfall in cities including Barisal, Dhaka, Khulna, etc.

The secretary of the Disaster Management Ministry, Kamrul Ahsan, has reported the migration of thousands of those affected from remote islands and riverbanks to multistory cyclone shelters.

The Post-Destructive State of Bangladesh

The severity of the flood can be recognized in numbers. Ten thousand homes have been reported destroyed, completed, or damaged due to the floods. Moreover, 1,000 shrimp farms have been washed away in this disaster.

Seventy-six thousand opted to volunteer and evacuate 605,615 residents, with 7,000 present in coastal shelters. The official at the Disaster Management Ministry, Robiul Islam, narrated how 3,028 houses were destroyed in the wake of a cyclone. Six thousand nine hundred four houses were partially ruined as a result of the storm.

The Challenges of Survivors and Refugees

A hairdresser residing in the Barguna district reported that the nature of the storm was massive. His house was damaged after a tree fell onto the building while he was inside with his family. Muhammad Al Amin from the village of Chalitabunia mourned his financial loss. The storm has made those thriving off of their agricultural land lose hope after their crops were affected by the storm. Shil, who lives close to the Payra river, feared the high tides and regretted staying back instead of seeking shelter. When the cyclone hit, he was in his house with his wife and sick son.

Almost 33,000 refugees who fled the Myanmar military massacre have been instructed not to set foot outside their homes. Nearly a million Rohingya refugees have settled in Bangladesh after the Myanmar military launched a campaign that killed thousands in the northern Rakhine state in 2017.

Self-imposed, or another Climate Disaster?

On November 11, 1977, the Bhola Cyclone, a tropical cyclone, struck Bangladesh (then-East Pakistan), taking away half a million lives. 85% of homes faced the destructive consequences of the storm. It was recorded as seven of the nine deadliest natural disasters globally.

The World Bank issued a report in 2018 declaring the climatic change would affect the lives of more than 13.3 million people in Bangladesh by 2050. The country responded to this alert by allocating 7.5% of its national budget towards assistance in hazard reduction and adaptation in the 2020-21 financial year.

Rising sea levels will invite cyclones and storms in the coastal areas of Bangladesh, affecting 25 percent of the population residing nearby. Two-thirds of the country rests less than 15 feet above sea level. As the seal-levels will rise, the salt infiltrating the agricultural land will affect the growth of crops. Moreover, this salty water will reach millions from coastal areas, thus increasing health concerns, including cardiovascular diseases.

The consequences of climate change are far more grave for the people in Bangladesh. An average citizen emits 0.5 metric tons of CO2 per year compared to the US, which is 15.2 metric tons per person. But the aftermath of the changing climate is more tragic for Bangladesh.