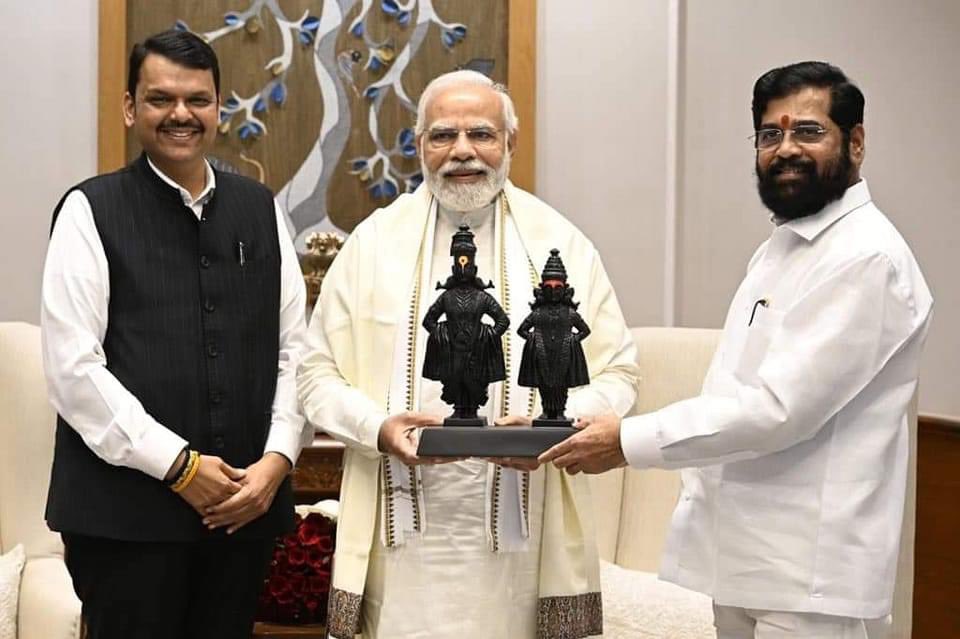 Maharashtra Chief Minister Eknath Shinde and Deputy Chief Minister Devendra Fadnavis travelled to New Delhi on Friday for a meeting with Union Home Minister and senior BJP leader Amit Shah, only days after passing the floor test to show their government's majority. On Saturday, they also met with BJP President J P Nadda and President Ramnath Kovind. The one-and-a-half-hour discussion with Shah, according to insiders, focused on political events in Maharashtra. Fadnavis confirmed the visit, saying, "We have arrived in Delhi for a two-day visit." On Saturday, the two will meet with Prime Minister Narendra Modi.

The two leaders headed to Maharashtra Sadan shortly after arriving in the national capital. Fadnavis is said to have arrived at Shah's house first, followed by Shinde. The conversations with Shah are said to have centred on the power-sharing agreement between the BJP and the Shinde-led Shiv Sena side. Their journey to the national capital comes ahead of a key Supreme Court hearing on July 11 on a plea filed by the Uddhav Thackeray-led Shiv Sena seeking the disqualification of Shinde and 15 of his faction's MLAs.

"We have trust in the courts," Shinde told reporters in New Delhi, claiming that the group he leads has the backing of two-thirds of Shiv Sena MLAs. Before the schism caused by Shinde's mutiny, the Shiv Sena had 55 MLAs. "The Speaker has also recognised us," he added. Shinde was sworn in as chief minister on June 30 with the backing of the BJP after he revolted against then-Chief Minister Uddhav Thackeray, stepping out of the Shiv Sena with a significant number of MLAs, causing the Maharashtra Vikas Aghadi administration to fall. On July 4, Shinde won the Maharashtra assembly's trust vote.