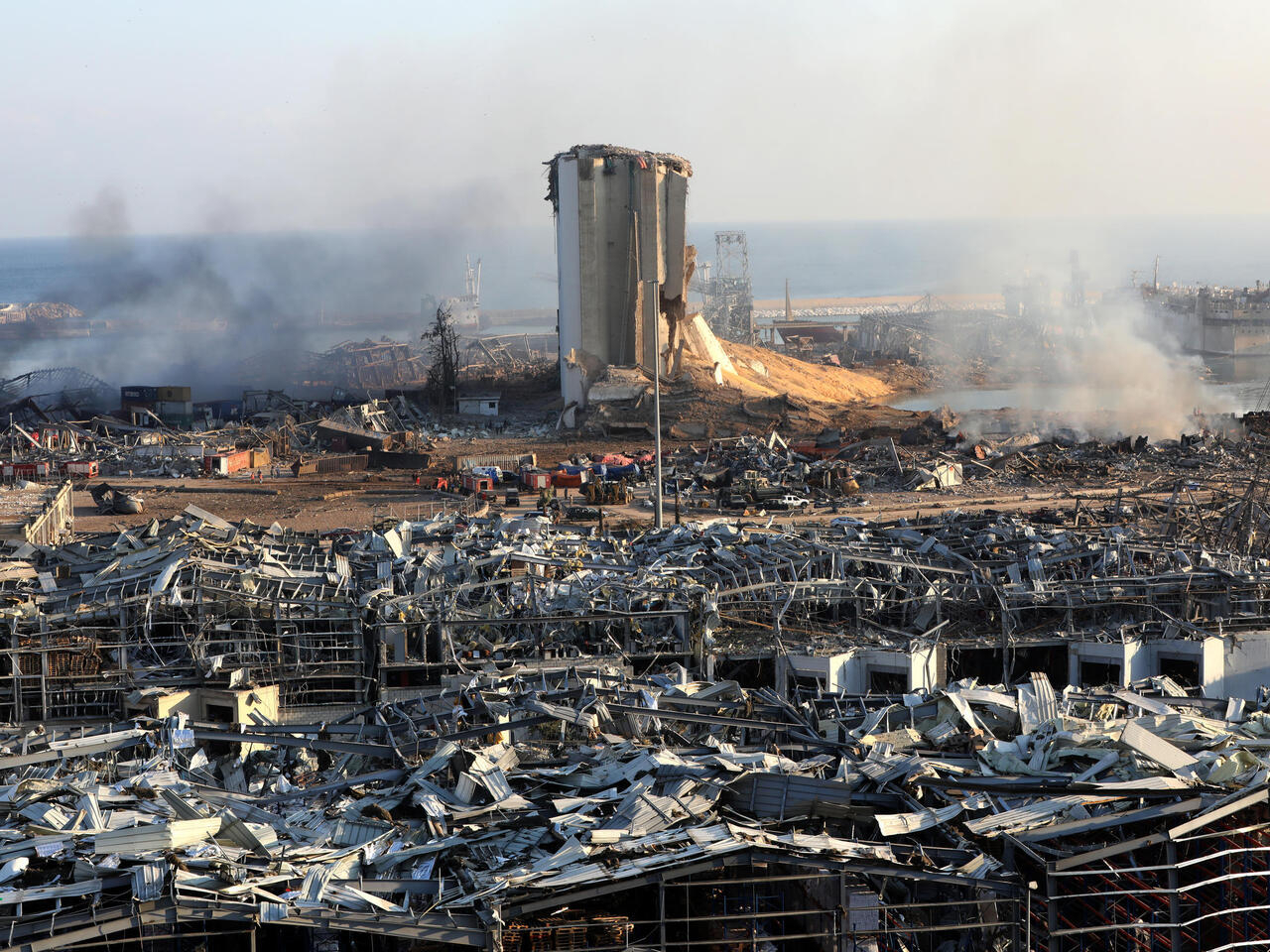 The Fourth of August explosion in 2020, targeted the port of Beirut and affected parts of the city. The residents of Beirut continue to suffer from its repercussions. On 31st July 2022, the northern part of the port ruins collapsed, merely days before the second anniversary of the tragedy.

This collapse was the result of the repeated outbreak of fires over the last two weeks. It led to the fall of two silos of wheat waste, after which heavy dust covered the atmosphere of the port and the surrounding areas.

The Lebanese authorities were warned before the outbreak of fires and the danger of the fall. Shortly afterwards, the ministries of health and environment announced guidelines and preventive measures in case of the possibility of collapse to maintain public safety.

In a joint statement, the two ministries warned that if there were a collapse, dust from construction residues along with some fungi would be released from the grains scattered in the air.

The 48-meter-high, 120,000-ton grain storm absorbed most of the devastating explosion to protect the western part of the capital from destruction.

Some silos contained nearly 3,000 tons of wheat and grain, which could not be unloaded due to the danger of working nearby. The authorities feared that it would speed up the movement of the already cracked silo structure.

On 4th August 2020, the citizens of Beirut bore silent witness to the explosion and its repercussions. The authorities were blamed for this collapse. It is believed that the explosion was a result of deliberate negligence by the authorities.

There is no doubt that the anniversary of the Fourth of August constituted a real calamity for Lebanese society. The residents of the capital Beirut, especially victims of the explosion have not been spared from its repercussions. They have remained the silent witness who was steadfast for two years in the aftermath.