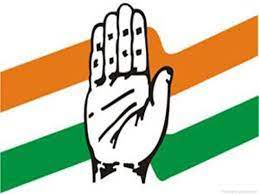 As Congress holds polls for its new party president, demands for a contest are doing rounds.

Congress spokesperson Jairam Ramesh on Sunday, explained that “Congress is the only party which holds such an election for its party chief” at a press conference. All India Congress Committee general secretary KC Venugopal added, “The election schedule is out. Anybody who wants to contest should file a nomination.”

If Rahul Gandhi has decided to not helm the party, then Gehlot remains the top contender for president. While he is reluctant as it is said that Gehlot may wish to continue as Rajasthan chief minister. If he is pushed to become the AICC chief, he would supposedly want a loyalist as his successor and not Sachin Pilot.

After Ghulam Nabi Azad, the leader of the G23, left Congress, there are speculations about Manish Tewari, Shashi Tharoor and Prithviraj Chavan contesting the polls. A contest can happen only if Rahul Gandhi sticks to his decision to stay away from the party presidency, and there may be no “attempt to foist a puppet”, as Azad had alleged in his resignation letter.

Pushing for a contest, G23 member Prithviraj Chavan commented on the discussion on whether Gehlot could be the next party president. He said “Why are you taking the reverse path? You will confirm the name in advance and then conduct elections, does this ever happen? Hold elections, whoever has to fight, will fight." He added “If backseat driving continues by making a puppet president, then the party will not be able to survive.”