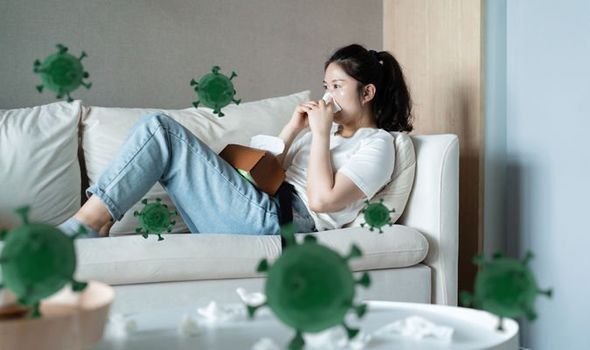 Thrissur, Kerala: India’s officially recognized first-ever Covid-19 patient has been diagnosed to be positive again. She is a Keralite medical student of Wuhan University, China who was infected with the Sars-CoV-2 virus in the early days of the pandemic in 2020. Health Officials on Tuesday confirmed that “she is re-infected and has tested positive for the second time but with no symptoms.”

The woman medico belongs to Kerala’s Thrissur district, hailing from Mathilakam, near Kodungalloor. She is now doing her fourth-year MBBS who was continuing her online studies at Wuhan University.

The 22-yr old came to know about her infection this time while undergoing the mandatory screening test for traveling to Delhi for academic purposes. She was preparing to proceed to Delhi to collect some personal documents that she had earlier submitted to the government.

First, she was found to be positive for the virus in the rapid antigen testing, widely regarded as reflective of contagiousness. Thereafter, the RT-PCR test also came out positive. She received her test results on Jan 13 and has since self-quarantined herself at home. She is being closely monitored.

“Her RT-PCR test is positive, the antigen is negative. As the student is asymptomatic, she is under observation at home” said the District Medical Officer (DMO) K.J. Reena. The patient confirmed she tested positive. She added that re-infection is nothing new, and some of the health workers have been infected twice.

The doctor attending to her told the media that "she is OK.”

“My daughter is not under medication now as she has no manifest ailments. She has been quarantined on the first floor of our house” said the girl’s father who has tested negative. “None of the family members has tested positive so far” informed the Thrissur DMO, Ms. Reena.

She has reportedly taken no COVID-19 vaccine yet. Officials familiar with the matter also corroborated that the student is yet to receive the first dose of an approved Covid-19 vaccine. Reportedly her father said she chose not to get the jab because she want to go back to China and wasn’t sure whether any of the vaccines available in India would be accepted there.

The 22-year old, who was a medical student in China’s Wuhan city, the epicenter of the outbreak, had first contracted the infection in January 2020. She returned to her home in India on January 24 last year following the semester holidays. She soon developed mild flu-like symptoms and was admitted to a local hospital. It was on Jan 30, 2020, that she was found positive for the virus. She was then declared as the very first Covid-19 infected patient of India.

She was immediately shifted to the Thrissur Medical College Hospital for treatment. After almost three weeks of rigorous hospitalization, she had tested negative twice for the virus, confirming her recovery, and was discharged on February 20, 2020. According to the state health department at that time, 34 people were in isolation wards across various hospitals in the state.

After the first positive case was reported from Thrissur, two other Keralite students from Wuhan had tested positive in Alappuzha and Kasaragod districts last year. Both of them were her friends, who had earlier travelled back with her from Wuhan.

The women have been unable to return to China as Beijing is yet to allow Indian students back into the country because of the pandemic.

Recent assessments of the Delta variant of the coronavirus, now believed to be dominant in India, have shown that it can lead to more repeated infections than its predecessors. Clinicians and experts largely believe that re-infections are not a cause for concern if a person has no symptoms, since RT-PCR tests can also throw up a positive test due to viral remnants.

“There are several factors at play here. If the person had a mild infection, the antibody titers are usually low and they do not last very long. Plus, if they had an infection 18 months ago, they have likely lost the protection by now. Also, the variant is likely to be different. A person getting a second infection is not unheard of.” said Dr. Lalit Kant, former head of epidemiology and infectious diseases department at ICMR.

Last year, the Indian Council of Medical Research had also confirmed that a person may get re-infected with Covid-19 if antibodies against the infection reduce within five months after recovery.

The United  States Centres for Disease Control and Prevention had also warned that “the probability of a reinfection is expected to increase with time after recovery from initial infection because of waning immunity and the possibility of exposure to virus variants”. Further adding to it, the CDC had opined, "Mutant strains may cause reinfection as a person may not have antibodies against them despite having contracted the virus.”

India has been witnessing a steady decline in new confirmed cases of Covid-19 since the second wave of infections devastated parts of the country earlier this year.

However, experts have flagged a sudden uptick in the R-value in parts of the country, including Kerala and the northeast. The R-value is an indicator of how many people a single Covid-19 patient can infect.

India's overall R-value was an estimated 1.37 during the peak of the second wave of Covid-19 infections between March 9 and April 21 of this year. The R-value in the case of Kerala is estimated to be around 1.10.

The situation of Kerala –

The southern state has been reeling under the surge in novel coronavirus cases since the beginning of the pandemic last year. Although hailed for being able to control the spread of the virus, Kerala's former Health Minister KK Shailaja tells, “the state is still under the radar of the Centre for its rising cases.”

Kerala has 1,15,174 active cases of Covid-19, as per the state government's dashboard. The recovery rate in Kerala now stands at 95.89 percent and the case fatality rate (CFR) at 0.48 percent.