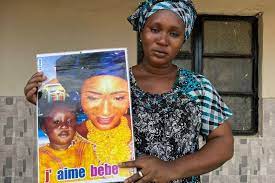 Gambia's health ministry is working closely with the World Health Organization(W.H.O) and the U.S. Center for Disease Control and Prevention to uncover the reason behind the deaths of 66 children. Earlier, W.H.O released a warning calling for the discontinuation of the sale of paracetamol-based cough syrups, which were exported by a pharmaceutical company based in India.

Maiden Pharmaceuticals, the company in question, has been reported to be a repeat offender in India and Vietnam. In 2011, the firm was blacklisted in Bihar. Later, in 2017 and 2020, its products were flagged as substandard in Gujarat and Kerala. The firm had once been penalized for the latter. Vietnam has completely barred the company from exports since 2014.

As has been intimated by WHO's investigative team, laboratory tests of samples have revealed "unacceptable amounts of diethylene glycol and ethylene glycol as contaminants," which can cause kidney damage. The two chemicals are abundant in industrial practices and only as a more cost-effective but quality-compromising thickening agent in medicinal liquids. The government of Gambia had already been suspicious since July, as a number of children under the age of five had died during that time for the same complication.

Samples of allegedly contaminated medicines are also being tested by health officials in India. The Central Drugs Standard Control Organization(CDSCO) has begun an immediate investigation in collaboration with health regulatory representatives in Haryana. The samples were sent to Kolkata for study. However, it has been indicated that the CDSCO does not have enough information regarding the labels and names of the contaminated formulas. On the other hand, WHO's team has released a report that says out of 23 samples studied, 4 were found to be toxic.

Meanwhile, the State Drug Controller in India has officially clarified that the company only had export rights and licences for the drugs under the investigative radar, including Promethazine Oral Solution BP, Kofexnalin Baby Cough Syrup, MaKoff Baby Cough Syrup, and MaGrip n Cold Syrup. These drugs were not sold in the country itself.

What remains of concern is that WHO's warning had come with the mention of the possibility that the cough syrup was also exported to other parts of the world.

As a swift response to the ongoing scandal, Gambia's government, led by President Adama Barrow, has decided to open up a laboratory of its own to investigate imported medicines before they are introduced to the market. The drugs were sent abroad for the tests to be conducted up until now.

It has also been stated that the laws and regulations around imports and exports would be reviewed for the benefit of the public. The victims' families have been demanding resignation from the Health Minister of the West African country and strict legal measures against the importers who might have shown negligence.

Furthermore, Gambia has also launched a door-to-door campaign to collect the syrups that have already been sold.

Given the consequences that have surfaced following irresponsible oversights in the examination of imported healthcare products, stringent quality-control mandates need to be put in place to avoid such tragedies in the future.