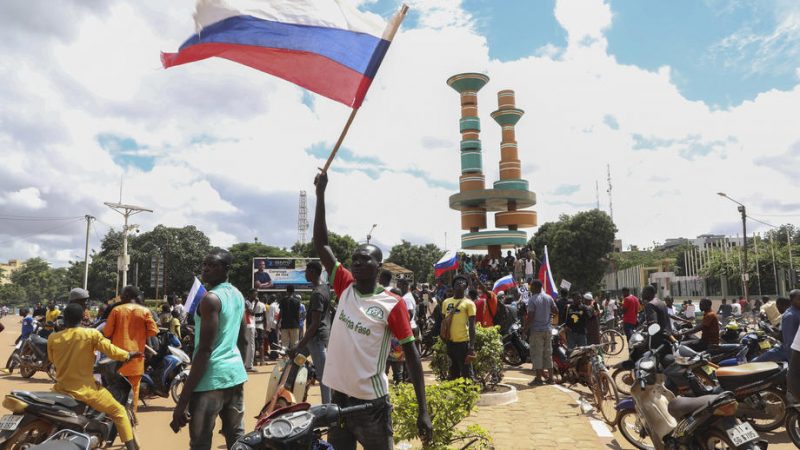 On September 30, Paul-Henri Sandaogo Damiba, the military leader of Burkina Faso, was forced to resign by army officers after a coup. Namibia agreed to step down on October 2, declaring officially that he wished to avoid clashes resulting in further human and material losses.

This is the second coup registered in the country within a year. In January, the same Damiba toppled the regularly elected president, Roch Kaboré, due to the government’s inability to deal with the infiltration of jihadist violence and terrorism currently plaguing the country.

As reported by Al-Jazeera, prominent community and spiritual leaders helped throughout the resignation process, which resulted in the self-proclamation of Captain Ibrahim Traoré as the new leader. According to Hamidou Yameogo, a spokesman’s statement from the mediation talks, "President Paul-Henri Sandaogo Damiba proposed his resignation to avoid clashes." Furthermore, it is reported that the outgoing president demanded seven conditions for the transfer of power to be effective.

According to the statement released on October 2, the seven conditions are the following: the continuation of operational activities in the field; safety and non-prosecution of the defense and security forces; strengthening cohesion within the defense and security forces; the pursuit of national reconciliation; compliance with commitments made with the Economic Community of West African States (ECOWAS); reform of the state; and the guarantee of his safety and his rights, as well as those of his collaborators.

The ousted president fled to Togo, a fact confirmed by Akodah Ayewouadan, Togo's Minister of Communication and government spokesman. Welcoming the ousted president to Togo is an attempt to restore peace in the broader region, which is also ECOWAS's primary goal. The latter plans to send troops to Burkina Faso to help restore peace.

ECOWAS, as well as the African Union, considers the coup unacceptable and unconstitutional as the country was striving to establish a civilian rule. This aggravates the situation in a country that controls only about 60% of its territory and where the Jihadist threat has forced at least one million people to relocate to other parts of the country.

On its side, the new military government is taking measures to reduce the violence in the streets of the country’s capital, Ouagadougou. As reported by France 24, Captain Kiswendsida Farouk Azaria Sorgho required that people “desist from any act of violence and vandalism." This also applies to acts of violence against the French embassy due to the people’s anti-french solid attitude. This was fueled further by the new junta as it implied that Damiba was organizing a substantial French military contingent to topple the new government, allegations vehemently denied by Paris. Furthermore, Damiba supported the French presence in the Sahel region, where French troops fight Islamic terrorism.

While the country is struggling with this new situation, another question arises: why did so many people protest in the streets waving Russian flags?

Some allegations seem to point to a cooperation between the new military and new allies to quell the Islamic threat. As the BBC reports, President Damiba was allegedly organizing a counterattack against the new military regime as the latter was seeking new partners in the region. Although the new partners were not named, some right groups point to the Russian group Wagner. The latter is a Russian-backed group of mercenaries fighting mainly in Western Africa. Cooperation with the Wagner group was already noticed in Mali, where soldiers required its intervention after the 2020 coup.

Moreover, many protesters believe Russia could be the best option to fight against jihadism in the region, as both France and Damiba’s governments proved ineffective. Some believe that Russia has been observing for years with interest the recent events taking place in Western Africa and has been working indirectly on people’s disappointment by fueling their anti-French feelings. Furthermore, it looks like Moscow is attempting to build robust networks of influence using significant investments in activists and civil society networks. The goal is to create a pro-Russian and anti-Western narrative directed at public opinion.

The Russian implication in this coup would not be an unrealistic scenario. As the war in Ukraine is taking a high toll on the state’s human, economic, and political resources, many African countries could represent a new viable option for Moscow to improve these three sectors. Russia is aware that 54 African states are UN members; they are allocated three out of the 15 non-permanent seats on the Security Council (which is also a source of disappointment among many African states as they demand the allocation of more seats); the continent is rich in natural resources, and millions of people are dissatisfied with the current state of affairs and harbor anti-colonial sentiments. A perfect way out for a country whose access to the West is currently denied and whose relations with the East, while stable, are still uncertain.