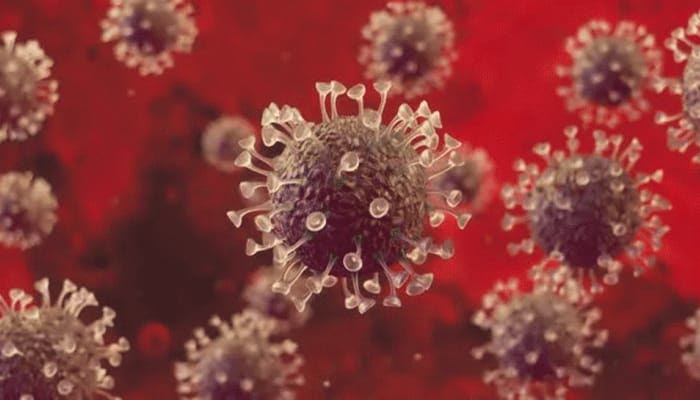 Just when we imagined that the pandemic is under control, another mutation has arrived. Covid has mutated from Alpha, Beta, Gamma, and now Delta Plus. Why these Greek names? To remember the variants by their origin, rather than B.167. The world has lost more than we can imagine, and now Delta has taken over the world with a storm. Delta Plus(B.1617, 21) is the newest member of the Covid family and has emerged in more than ten countries, including India. Is it more dangerous than the other strains?

According to WHO, Delta Plus has hit countries with small areas and social distancing issues. It spreads faster than its predecessor. The easy transmission has been chaotic, while the WHO has named the mutation a 'variant of concern or interest.' Unfortunately, scientists do not have any evidence to support how dangerous Delta Plus is.

According to data, Delta Plus was reported by the Public Health of England back on June 11, but experts claim it was already present in India before June 11. Samples were collected, and Delta's six genomes were found in India. The Central Government has alerted the State Government to take precautions and necessary action to curb Covid-19. What's unique about Delta is its reach and transmission to more than ten countries; Britain, Portugal, Canada, Russia, Nepal, Switzerland, the US, and India.

AIIMS Chief Randeep Guleria has stated that; Delta Plus variant is transmissible even in a fleeting encounter with a Covid patient'. He has warned that anybody not wearing a mask can carry the infection easily from any Covid patient. This discovery is being studied, and a network of labs are undertaking genome sequencing in India, where the vaccines are effective.

The cases of Delta variant have been found through genome sequencing in the Jalgaon district of Maharashtra, Pathanamthitta district of Kerala, and Madhya Pradesh. The possibility of going back to lockdown significantly with the potential third wave is high, and containment measures need to be taken. According to Dr. Guleria, the next 6-8 weeks are crucial, and both Covaxin and Covishied have reduced hospitalization of patients and are effective against Covid.

Virologist, Dr. T. Jacob John, the former director at ICMR's Centre of Advanced Research in Virology, has stated, Delta variant is a matter of concern, but the antibodies made using early variants are also effective against Delta Plus.

Is India a Delta-prone country?

A woman from Madhya Pradesh recently died after battling Covid with Delta variant. The situation in Madhya Pradesh, Kerala, and Maharashtra is alarming, as more cases of new variants, have been found. States have started collecting genome samples for the Delta variant.

Scientists have pinpointed the nature of the Delta variant, and studies have also shown similar symptoms like dry cough, fever, loss of taste, smell and appetite, etc. Delta Plus patients may suffer nausea, vomit, joint pain.

Will Delta become the reason for the third wave in India?

Till now, nothing can be said except its faster transmission rate, and right now, around 200 cases of Delta variant have been found, but it remains a threat, and the solution is a vaccine. ICMR has started genome sequencing and found that vaccines should work on the new strain, and there is no reason to panic.

The Delta variant has raised concerns in France, Germany, Norway, and the UK. France has increased its watch over cases and sample collection to study how Delta affects the body. Germany, which was amid Covid-19, has finally controlled the strain, but German Chancellor Angela Merkel has asked the citizens not to let the guard down. The Health Ministry of Norway has warned about a potential spread of the Delta variant if precautions are not taken.

Anthony Fauci, Director of the National Institute of Allergy and Infectious Diseases, has quoted that; 'The Delta variant is currently the greatest threat in the US.' But he also said that the US vaccines are effective against the new strain. Since the US has controlled the mortality and possible Covid cases, the delta variant is a challenge.

The UK, on the other hand, was planning for its scheduled opening. But the Delta variant has surpassed the Alpha variant in the UK by 90% new cases. The Imperial College of London did a study and found that youngsters are more susceptible to new Covid strains.

India, which witnessed a shortage of oxygen cylinders, beds, medicines like Remdesevir, etc., cannot take the Delta variant lightly. Because the Delta variant will not do the same, especially with the country's health infrastructure, and the nation is not ready to face another wave. The solution is to enhance public health, testing, tracing, and vaccination.

The whole world has joined hands together to break the chain and fight Covid-19 together. Whether the variant is a concern or not, Covid needs to be gone.

Nicely articulated Akshit... I learned a lot of new things....thanks man... Keep it up 👍