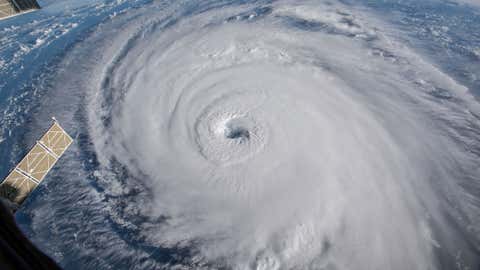 After surfacing in the Bay of Bengal and affecting various states across eastern and central India almost a week ago, remnants of Cyclone Gulab reached the Arabian Sea on Thursday, 30th September 2021. In the morning of Friday, 1st October 2021, the cyclone intensified into Cyclonic Storm ‘Shaheen’ over the Arabian Sea while still moving away from the Indian coast. As of Friday morning, 5:30 am IST, the fresh cyclone was around 400 km away from the Devbhoomi Dwarka, Gujrat. India Meteorological Department, (IMD) forecasts squally winds with speeds reaching up to 40-50 kmph and rough sea conditions along and off the coast of Gujarat till Friday evening.

Last weekend, a low-pressure area intensified into a cyclonic storm over the Bay of Bengal. This cyclone ‘Gulab’ arrived before the end of monsoons and therefore remained alive for longer than usual. It created havoc in states like Odisha, Andhra Pradesh, Maharashtra, etc. with heavy rainfall and floods. However, on Thursday, the remnants of the cyclone surfaced dramatically in the Arabian Sea. The remnants started gaining strength and developed into a depression. On Friday, it developed into the Cyclonic storm ‘Shaheen’. According to the India Meteorological Department (IMD), the cyclone is now moving Northeastwards along the Arabian Sea. It is likely to pass the coats of Pakistan and Iran, causing heavy rain and strong winds, and could also move towards the Gulf of Oman. A few model outputs suggest that the cyclone is likely to cross the Markan coast in Iran as a cyclonic storm while others suggest that it is likely to recurve and reach the Coast of Oman. It is also suggested that the cyclone is likely to start losing strength on Saturday as it passes the coastal regions of Pakistan and Iran.

Dr. Sridhar Balasubramanian, an Associate Professor at IIT Bombay, explains the phenomenon, “The sea-surface temperature (SST) is not too high (28-29°C); wind shear is moderate; the Madden-Julian Oscillation is also not very favorable. So, what is the likely reason for the reintensification? The only thing that is aiding intensification is the monsoon low-level jet, bringing copious amounts of moisture from the Central Arabian Sea. Coupled with Moderate SST and moderate wind shear has allowed re-intensification”. According to the RSMC, New Delhi, the warm and moist environment and low vertical wind shear are favoring the progressive intensification of the Cyclone ‘Shaheen’ in the Arabian Sea. It is also suspected that the cyclone will gain more strength and intensify further into a severe cyclonic storm on Saturday morning. This will make its effects more pronounced than the original Cyclone Gulab, over the Bay of Bengal.

This was a rare and astounding occurrence for weather enthusiasts as usually no cyclones in the area survive the distance between Odisha and Gujarat and dissipate fast. Earlier in 2018, such an event happened when Cyclone Gaja traveled the distance from Tamil Nadu to Kerela and passed from the Bay of Bengal to the Arabian Sea. However, it was a much smaller distance.

Although India faces no significant threat from this cyclone anymore, the cyclone might cause heavy rains and winds across the southern coasts of Pakistan and Iran. Cyclone Gulab has already cast a detrimental effect in various parts of the country. It has taken a toll on the lives of fishermen and common people in Odisha, Andhra Pradesh, and Maharashtra. No matter how informed we keep ourselves about the upcoming calamities, we fail ultimately in taking the necessary steps to save lives and ensure the safety of the people. Natural disasters like this also hamper the daily working of the people in the affected areas and sometimes cost them all their possessions. A fool-proof system must be built to combat such natural calamities on time and ensure the safety and well-being of the residents of coastal areas.