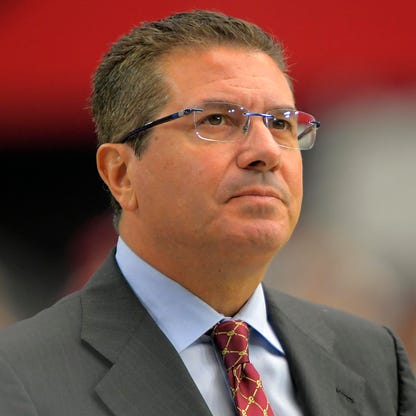 After mounting pressure from the NFL owners, media and the US Congress, Dan Snyder has started the process of selling the Washington Commanders.

In an official statement released by the team, it was revealed that Dan and Tanya Snyder have hired Bank of America Securities to help facilitate the sale and consider possible buyers. The statement continues to say that the Snyders remain committed to the team, all of its employees and its countless fans to putting the best product on the field and continuing the work to set the gold standard for workplaces in the National Football League.

The recent controversies involving Snyder and his team has led the owner to start making preparations to sell the team, something that he himself said would never happen.

“Today’s news that Dan and Tanya Snyder are exploring selling the Washington Commanders is a good development for the team, its former and current employees, and its many fans,” attorneys Lisa Banks and Debra Katz, who represent more than 40 former team employees, said in a statement Wednesday. “We will have to see how this unfolds, but this could obviously be a big step towards healing and closure for many brave women and men who came forward.”

It has been discussed that Roger Goodell and the 31 team owners could be inclined to hold a vote of non-confidence to determine if Dan Snyder would be forced to sell his team. For a vote to pass, there would need to be a three-quarters majority vote in favour of removing Snyder, but it seems the NFL owners may be relieved of this responsibility.

Forbes has valued the Washington Commanders at $5.6 billion going into the season, but due to the rarity of an NFL team being for sale, the asking price is expected to be much higher. A source familiar with the matter has told CNBC that Snyder is not being forced to sell the team, and that initial estimations show the team could be sold for as much as $7 billion. Dan Snyder originally bought the Washington franchise in 1999 for $750 million, meaning after 23 years of ownership, he could take home up to ten times his initial investment

This price would show a drastic appreciation in value for NFL teams that have hit the open market. In fact, only four NFL teams have sold for over $1 billion. Real-estate developer Stephen Ross purchased the Miami Dolphins in 2008 for a cool $1.1 billion marking the first billion-dollar sale. Since then, Jimmy Haslam purchased the Cleveland Browns in 2012 for $1 billion, Terry Pegula acquired the Buffalo Bills in 2014 for $1.1 billion and just this year, former Walmart chairman Rob Walton purchased the Denver Broncos for $4.65 billion.

Amazon CEO Jeff Bezos is a name that has been thrown around as a possible buyer for the Commanders. He has roots in the area, already owns the Washington Post and certainly could afford it, but the recent broadcasting deal that saw Amazon Prime purchase the rights for Thursday Night Football is a conflict of interest that could muddy the waters of a possible deal.

All of this being said, the team is not, as of right now, for sale. However, the association with Bank of America Securities shows that not only are the Snyders considering it, but the wheels may already be in motion. For now, Commanders fans can hold onto this glimpse of hope that they may soon get a competent owner.