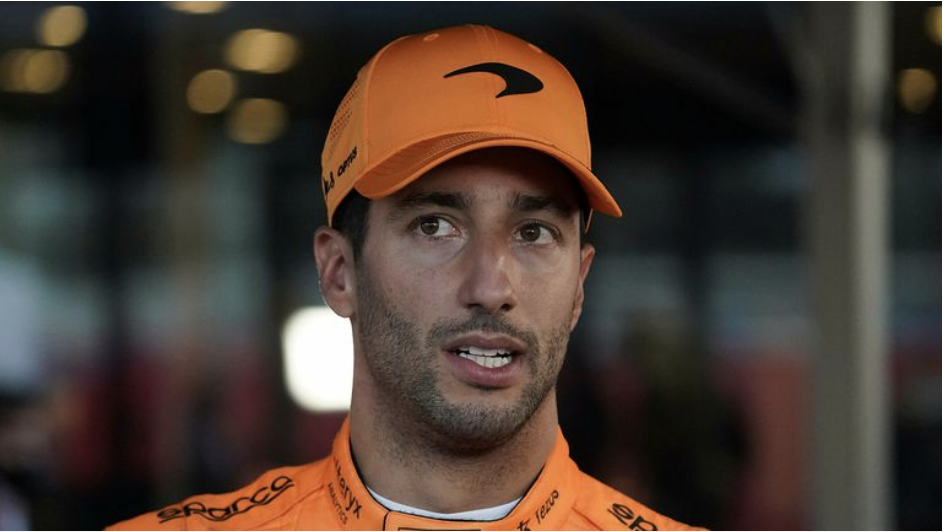 Australian driver Daniel Ricciardo has announced that he will be walking away from McLaren at the end of the 2022 Formula 1 season, and is expected to be replaced by fellow Australian Oscar Piastri.

Ricciardo decided to make use of a special clause in his 3-year contract with McLaren which allowed him an early exit if so desired. This is despite the fact that in July, the 33-year-old driver posted on Instagram that he was adamant about staying with the team.

Ricciardo posted a video on Twitter announcing his departure from McLaren at the end of the season. He said, "It's been a privilege to be a part of the McLaren Racing family for the last two seasons, but following several months of discussions with Zak & Andreas, we have decided to terminate my contract with the team early and agree to mutually part ways at the end of this season.”

"I'll be announcing my own future plans in due course but regardless of what this next chapter brings, I have no regrets and am proud of the effort and work I gave McLaren, especially the win in Monza last season,” the 8-time Grand Prix winner added. 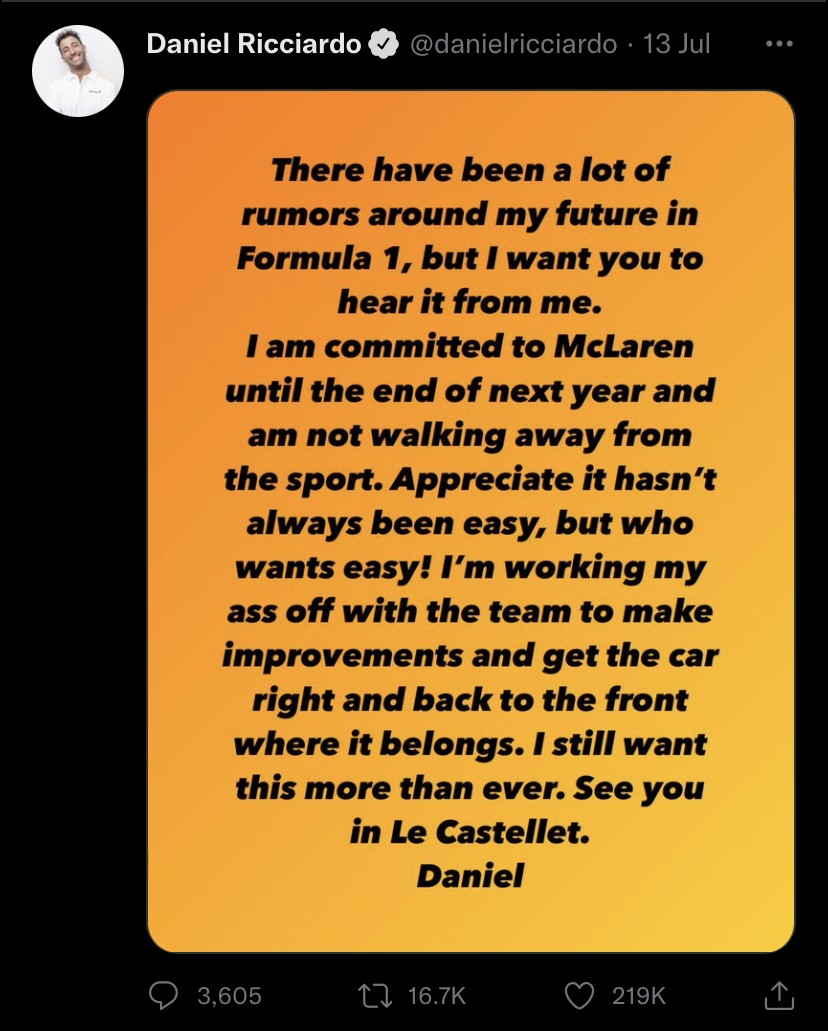 While Ricciardo has yet to announce his future plans to the public, it is known that the Australian driver has already been contacted by the American team Haas about their vacancy for the F1 2023 driver line-up. However, so far nothing has been confirmed between Ricciardo and Haas.

Another team interested in the Australian driver is his former team, Renault, now known as Alpine. Otmar Szafnauer, the team principal, expressed his views a few weeks ago on Sky Sports F1, saying he would not rule out Ricciardo if their reserve Oscar Piastri decides to sign for another team.

While different teams compete for Ricciardo, the opportunity has arisen for McLaren to actually sign on Oscar Piastri. Happening just weeks after the ‘Silly season’ driver transfer saga in which Piastri, officially a reserve driver for Alpine, announced that he would not be driving for the team, it remains uncertain whether McLaren will sign the 21 year-old on or not. Meanwhile, Alpine have expressed interest in signing Piastri on for the F1 2023 season.

While the driving industry waits tensely for more updates from McLaren, Alpine, Ricciardo and Piastri, we can only speculate on the direction these parties will take. Where will the 8-time Grand Prix winner choose to go?