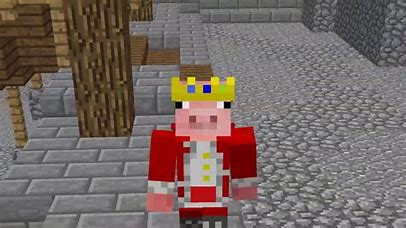 Millions of people would click onto or search their web browser for the internet sensation Technoblade, for he was a very popular and successful Youtuber that specializes in making Minecraft videos. He was known for collaborating with other creators like George, Dream, and Snapmap just to name a few of the others he worked with. He would make videos that millions would watch and enjoy sometimes with their families, for Technoblade was a part of a massive collaboratory project with Dream where he and numerous others would create soap operas/dramas through the use of the video game Minecraft.

Sadly, Technoblade was hiding more than just his face from his fan base, for he was suffering from cancer and this led to his eventual death. He disclosed his illness approximately a year before he died, but it still came as a shock to the world because he never complained or showed any sign of weakness. He held his head up high and continued to make entertaining videos for the internet, even though he was slowly but surely dying from his late-stage cancer.

When the news broke out that Technoblade had died, his father made one final post on his channel giving his last words written down hours before his death. He had planned on giving them himself, as suggested by his parents, but he later died and was not able to make it happen. So as a final tribute to his son, Technoblade’s father sat on a chair in a blank white room with the family dog to give Technoblade's final address to his millions of fans. The address was sad and was difficult to be delivered by Technoblades father, but it was filled with love and admiration for all the people that made Technoblade. In his letter, he thanked all of his fans and gave all the appreciation that he could while on his deathbed. After his father finished the letter, a letter from the family in general was also released giving thanks to the prodigal son that was Technoblade.

Technoblades face and name were revealed while he was on his deathbed: as announced on June 30th, Alex has lost his battle with cancer and has now reached peace.

ASMR- A Healthier Way to Fall Asleep and much more?