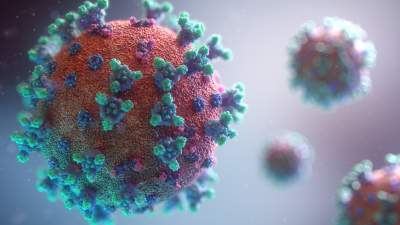 Recent preprint research from researchers of the Chinese Academy of Sciences and Wuhan University has brought to light another member of the coronavirus family, known as NeoCoV. In the light of an already ongoing coronavirus-induced pandemic, the discovery has led to some apprehensions among the common gentry. This article aims to shed some light on the same.

NeoCoV belongs to “a distinctive different genera” of coronaviruses which are known as merbecovirus. It was first identified in 2011 in a bat species of Neoromicia.

Coronaviruses generally affect animals but due to “zoonotic spillovers” may affect humans as well. However, such occurrences are rare and far between.

NeoCoV is most closely related to the Middle East Respiratory Syndrome (MERS) that occurred in 2012.

It is being highlighted that NeoCoV infections cannot be cross neutralized by MERS-CoV or SARS-CoV2 targeting antibodies.

The Chinese researchers highlight that NeoCoV can pose a potential threat to humans as well. But the research paper is yet to be peer-reviewed.

NeoCoV uses ACE2 receptors for entering cells. Experts opine that such use of human ACE2 receptors is not possible if the virus does not undergo mutations. However, a Times of India report highlighted that such mutations are not a natural occurrence in NeoCoV.

Some reports claim the NeoCoV mortality rate to be one in three infected persons, making it a deadlier virus. However, in a TOI report, it was highlighted that such estimates are made from the apparent mortality rate for MERS-CoV, the closest one to NeoCoV. WHO on the other hand had termed the mortality numbers of MERS as an “overestimation”.

While knowledge and information about such viruses will only bolster future preparedness experts are generally of the opinion that given the present conditions, the virus is only found amongst a South African bat population. Chances of it entering human cells are rare.

Experts are advising against being apprehensive or alarmed at the present stage, as the research is still to be peer-reviewed. WHO itself has stated that “whether the virus detected in the study will pose a risk for humans will require further study”.